The GR Yaris―a sports car based on knowledge and know-how for making it a FIA World Rally Championship winner―was developed by collaborating with professional drivers using various roads around the world to make it a car that would enable anyone to enjoy driving with peace of mind. 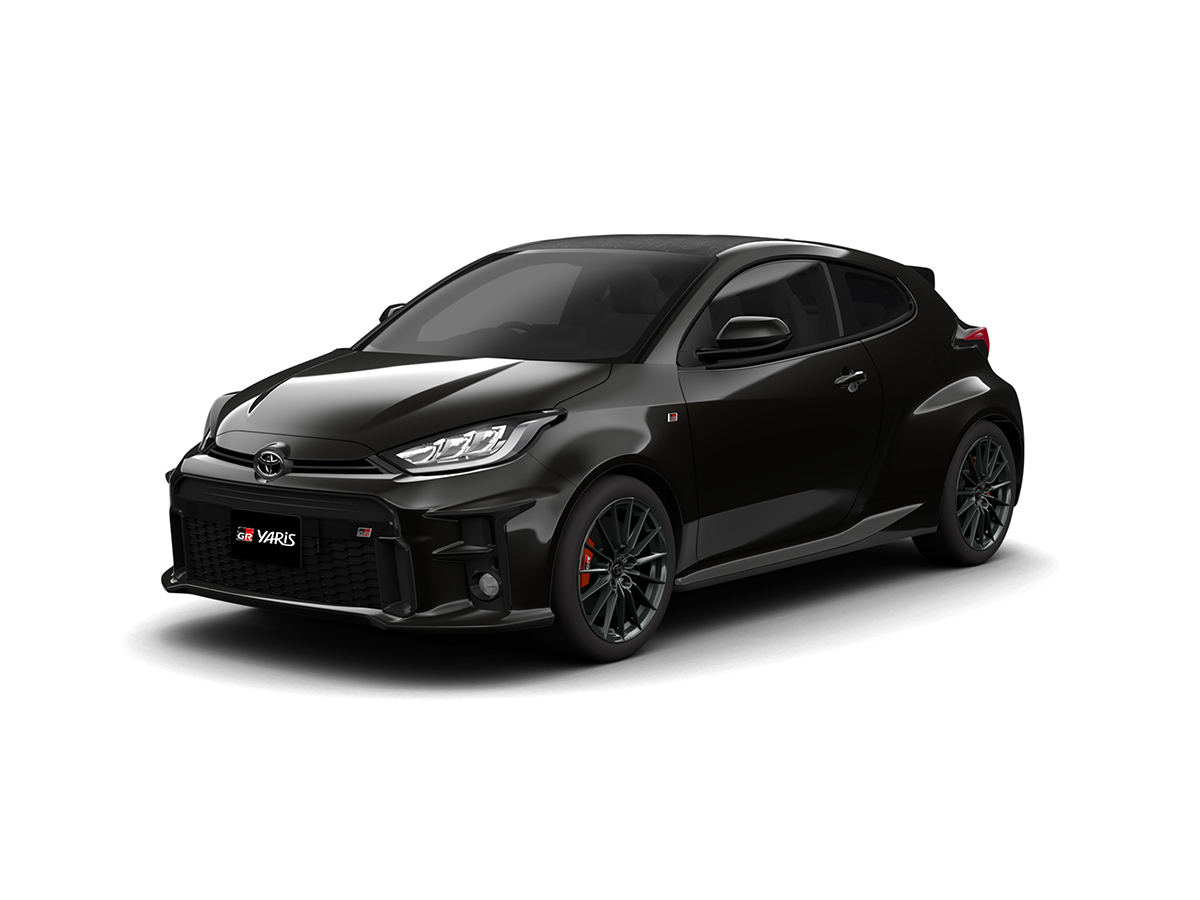 Learning from competing in the WRC, Toyota developed the GR Yaris together with Tommi Mäkinen Racing*5 from the ground up to be a WRC winner, as an original model of TOYOTA GAZOO Racing's sports car lineup.

TOYOTA GAZOO Racing, which has been conducting activities to "refine people and refine cars" in the pursuit of making ever-better cars, has―from its entrance in the 2017 Rallye Monte-Carlo in Monaco to the present―come to know, through the WRC, various types of roads regularly used by its customers around the world. Thus, the GR Yaris was developed to be a car that responds to driver demand on all types of roads worldwide. Based on the knowledge and know-how accumulated by TOYOTA GAZOO Racing, the birth of the GR Yaris is the result of giving form to what has been learned from the TOYOTA GAZOO Racing World Racing Team about how to make cars that are competitive in the WRC, as well as the result of reflecting evaluations by non-Toyota professional drivers from the early stages of development. In short, the GR Yaris is meant to be a car that allows anyone to drive as one wishes with peace of mind. 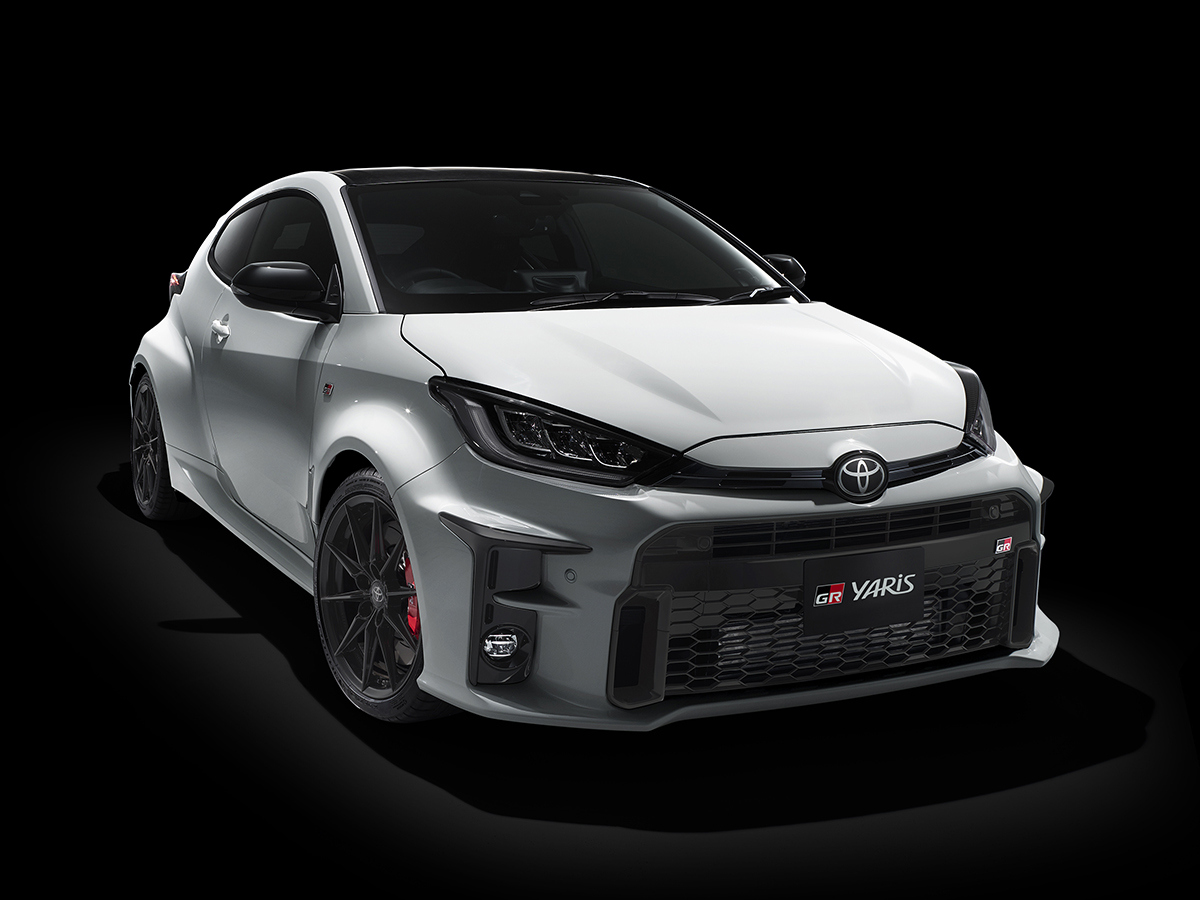 The GR Yaris employs a sports 4WD platform based on the TNGA*6 approach. Taking feedback from real WRC experiences, TOYOTA GAZOO Racing built the GR Yaris from scratch to achieve a high-rigidity body of highly refined balance while also optimizing front and rear suspension geometry. By combining its platform with the "GR-FOUR" sports 4WD system, efforts were made to achieve a high level of dynamic performance. Furthermore, the upper body, in addition to using aluminum for the hood, trunk lid, and door panels, features a carbon fiber-reinforced plastic roof panel formed using the sheet molding compound method, which accommodates a high level of freedom in shape design. The firm three-door-type cabin points to excellent aerodynamic performance, while light weight is still achieved.

Among the GR Yaris' available engine variations, the 1.6-liter in-line three-cylinder direct-injection turbo engine is a newly developed compact and light high-power unit. In addition to the high-speed combustion of a TNGA engine, by increasing engine revolutions through the use of lightweight moving parts, and by optimizing the turbocharger and other elements of the air intake and exhaust system, efforts were made to achieve the world's highest maximum output for a three-cylinder engine*7 of 200 kW (272 PS), as well as to achieve continuous provision of abundant torque over a wide range of engine speeds. Combined with a six-speed iMT (Intelligent Manual Transmission), which makes rhythmical gear changes possible, this engine provides overwhelming acceleration and allows users to experience an increase in engine revolutions that feels good. 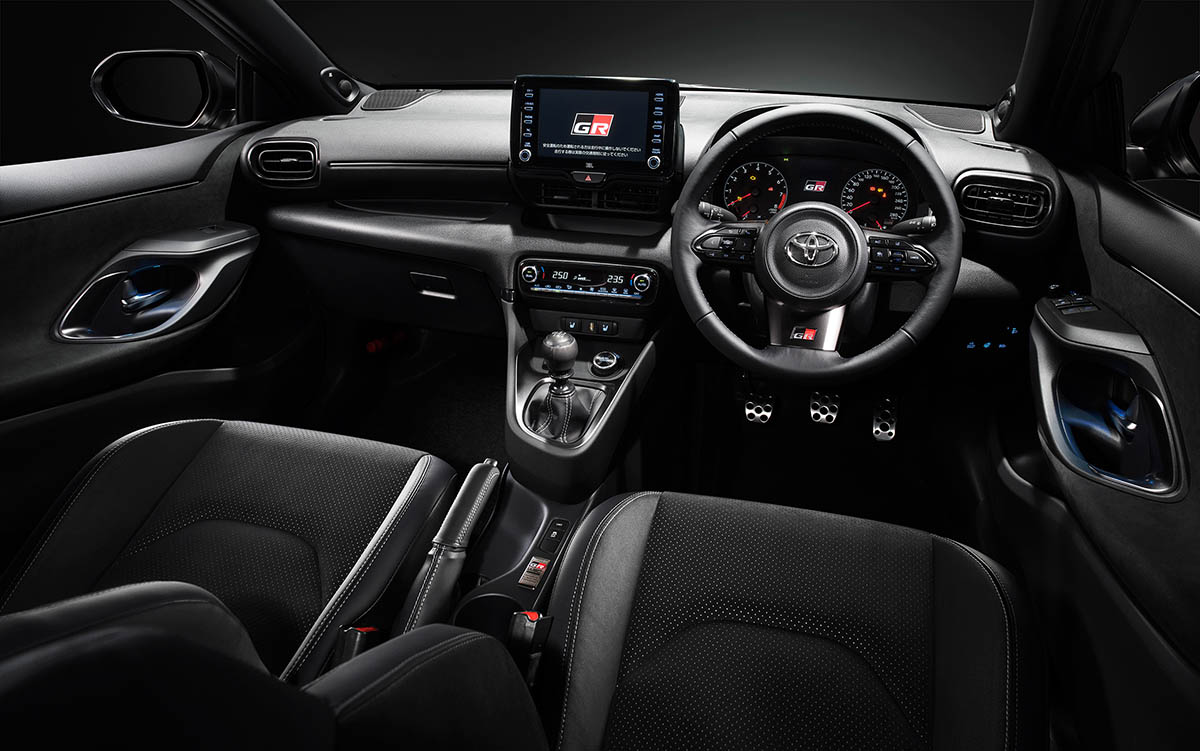 Furthermore, the newly developed "GR-FOUR" sports 4WD system, which uses a front and rear variable driving force system enabled by a multi-plate clutch, transfers the power of the new engine to all four wheels with minimal loss. Freedom of driving force distribution between the front and rear wheels has been increased, making possible delicate control that matches road surface conditions. These advancements have resulted in a higher level of stand-out driving stability.