The impressive opening result was achieved despite recent changes to the FIA’s Equivalence of Technology (EoT) rules, which are designed to ensure a level playing field in the LMP1 class. This season, GR’s TS050 HEVs will carry 99kg more weight than their nearest rivals. In addition, refueling time for the HEVs has been increased to one second longer than non-HEVs in order to compensate for the speed advantage of restarting in electric mode. The vehicles’ fuel tank capacities have also been reduced to ensure an equal number of laps per race for both HEVs and non-HEVs. 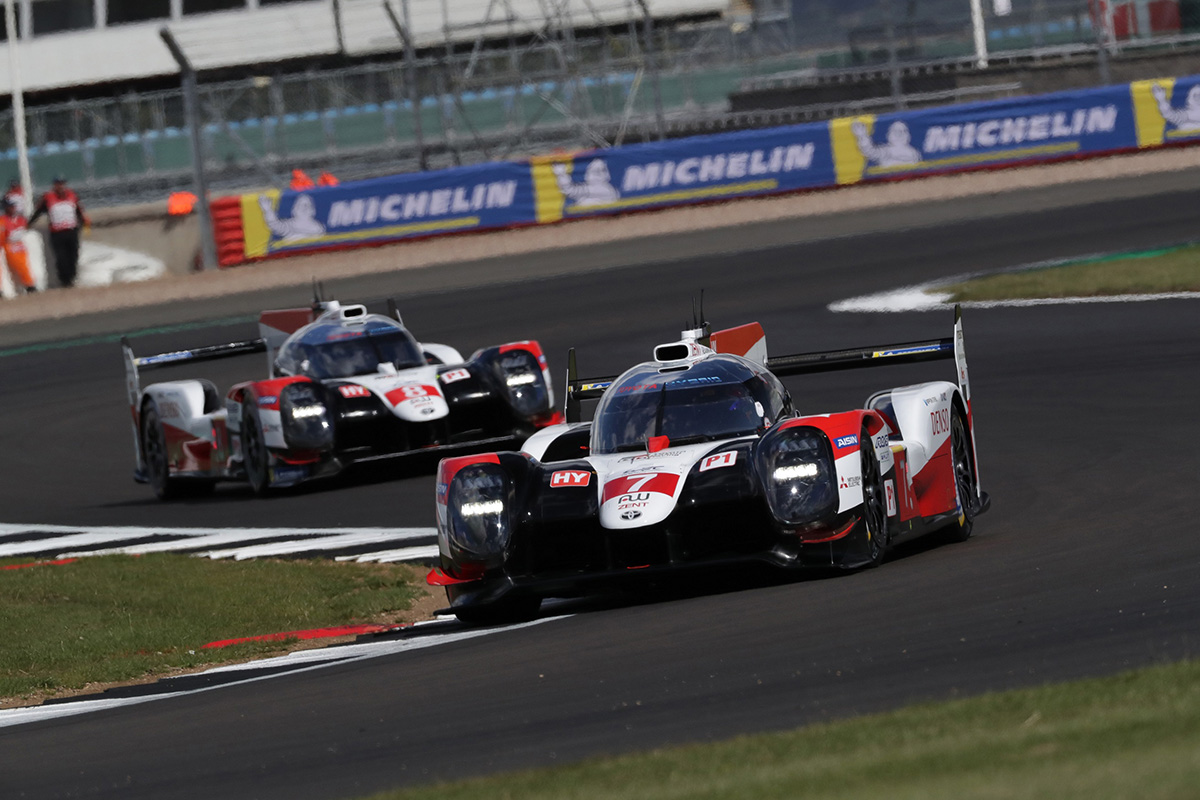 A weekend crowd of 49,600 enjoyed an action-packed race in changeable weather conditions. Home favorite Mike Conway started from pole position in the No. 7 TS050 HEV, and maintained this advantage throughout the early stages. As the race approached the 90-minute mark, an intense rain shower hit Silverstone. The GR cars initially attempted to avoid a costly unplanned pit stop, but track conditions deteriorated rapidly and both eventually changed to wet weather tires. Pit stops proved to be an influential factor throughout the race, with the GR team’s vehicles earning precious seconds during tire changes.

With the third hour approaching, Brendon Hartley took the lead in the No. 8 TS050 HEV. However, Kobayashi was directly behind in the No. 7 TS050 HEV and overtook soon after as half-distance approached. The race entered its final two hours under a safety car, which brought the top three vehicles close together. When racing resumed after a 23-minute safety car period, the two TS050 HEVs led the way and soon their margin over the third-placed vehicle was increased to almost a minute. 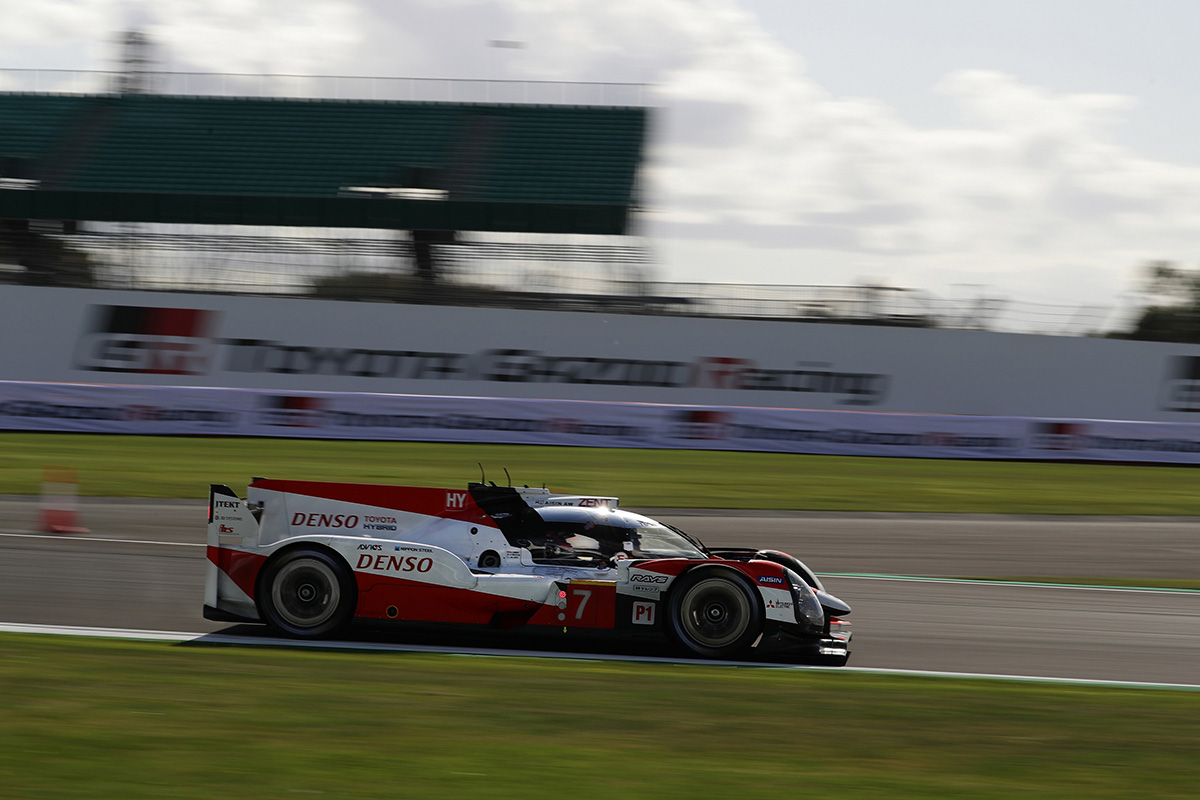 This left the two GR drivers to fight it out for victory. The pair swapped places several times before handing over to López and Kazuki Nakajima for the final hour. The two vehicles competed for first place through the challenging Silverstone circuit, with López holding the advantage to eventually take the chequered flag in the No. 7 TS050 HEV, just 1.901 seconds ahead of Nakajima in the No. 8 TS050 HEV.

Yugo Miyamoto, Chief Representative, Middle East and Central Asia Representative ‎Office, Toyota Motor Corporation, commented: “We are thrilled to have achieved this perfect start to the new season. The entire team can be proud of their performance in this exciting race, which further extends GR’s winning streak from last season. Participating and excelling in competitive racing lays the foundations in our journey towards building ‘ever-better’ cars that bring greater satisfaction and put a smile on our customers’ faces. I’d like to thank all of Toyota’s loyal fans for their constant support – we look forward to giving them even more reasons to cheer as the season continues.”

Mike Conway, Driver of the No. 7 TS050 HEV, said: “It's great to win my home race here at Silverstone. I've been trying to win this race for a while now; it took me long enough! Big thanks to my teammates, who did a really solid job in tricky conditions. It was a very tight race, so it feels great to come away with the win. Thanks as well to the team for giving us the vehicle to achieve this. This win is for those guys.”

Kazuki Nakajima, Driver of the No. 8 TS050 HEV, added: “Congratulations to all the team, and especially to vehicle No. 7 for the win; also compliments to Hartley and Kobayashi, who raced in extremely difficult conditions and did a really good job to keep the vehicle on the track. That was very impressive. Now we look forward to our home race in Japan and aim to get back on the middle step of the podium there.”

The challenge of winning again on home ground will be even tougher for GR this year, due to new rules that impose performance penalties on cars depending on championship position. The TS050 HEVs will be further slowed compared to their non-hybrid rivals, with the No. 7’s top speed reduced more than its sister vehicle on account of its victory at Silverstone. 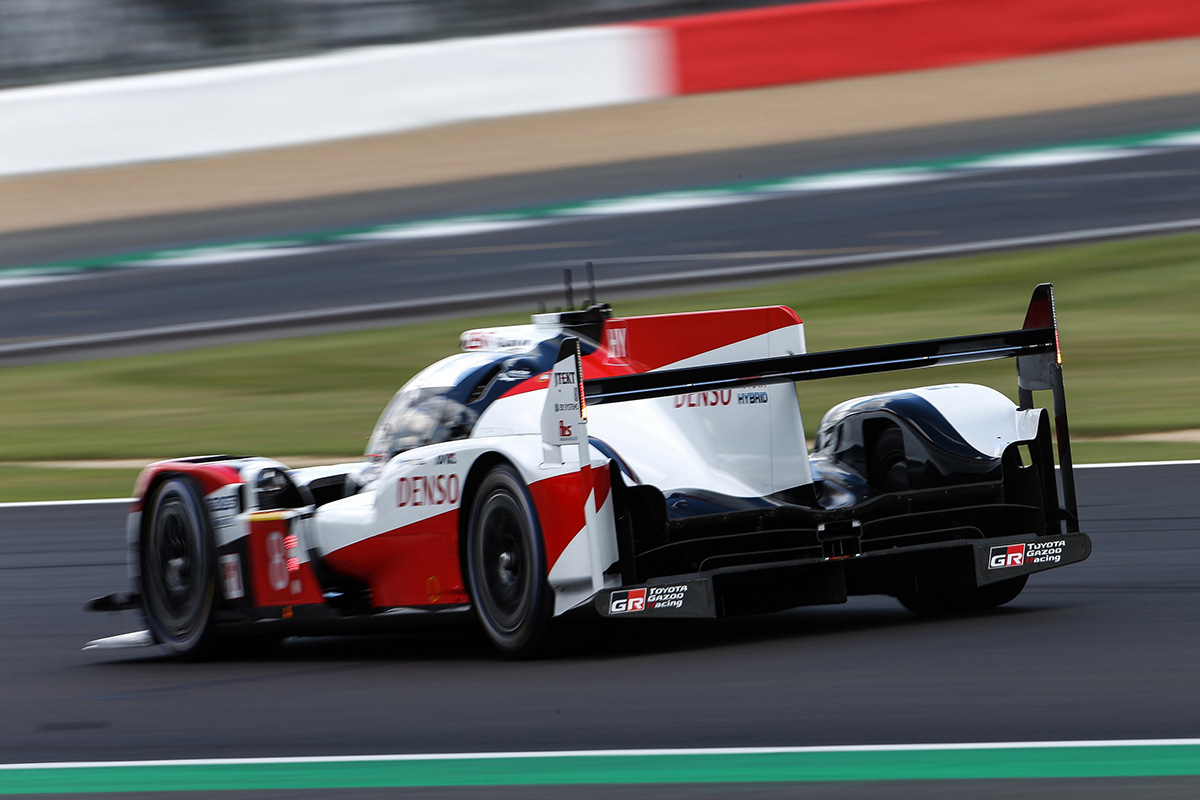 The result means that the GR team carries an early World Championship lead going into the second round of the season. This will take place at their home circuit of Fuji Speedway on 6 October, where the race length reverts to the more traditional six-hour format.