Mohamed Naser Al Sayer & Toyota today launched the new Hilux Adventure offering customers bespoke styling and premium levels of equipment, without sacrificing any of the toughness, robustness and legendary Quality, Durability and Reliability (QDR) that have made Hilux the world's favorite pick-up.

In view of the current circumstances and complying with guidelines of Kuwait authorities, ALSAYER held a digital streaming the event in Toyota Kuwait Youtube, Instagram, Twitter and Facebook accounts for valued partners of Toyota as well as distinguished members of the press and media in the presence of Savio Alvares Deputy Group Manager and Bader Faisal Al Sayer Deputy Marketing Manager representing Toyota Kuwait and Mohammed Al Abdulrazzaq Kuwaiti Drift Champion who was the special guest at the event. 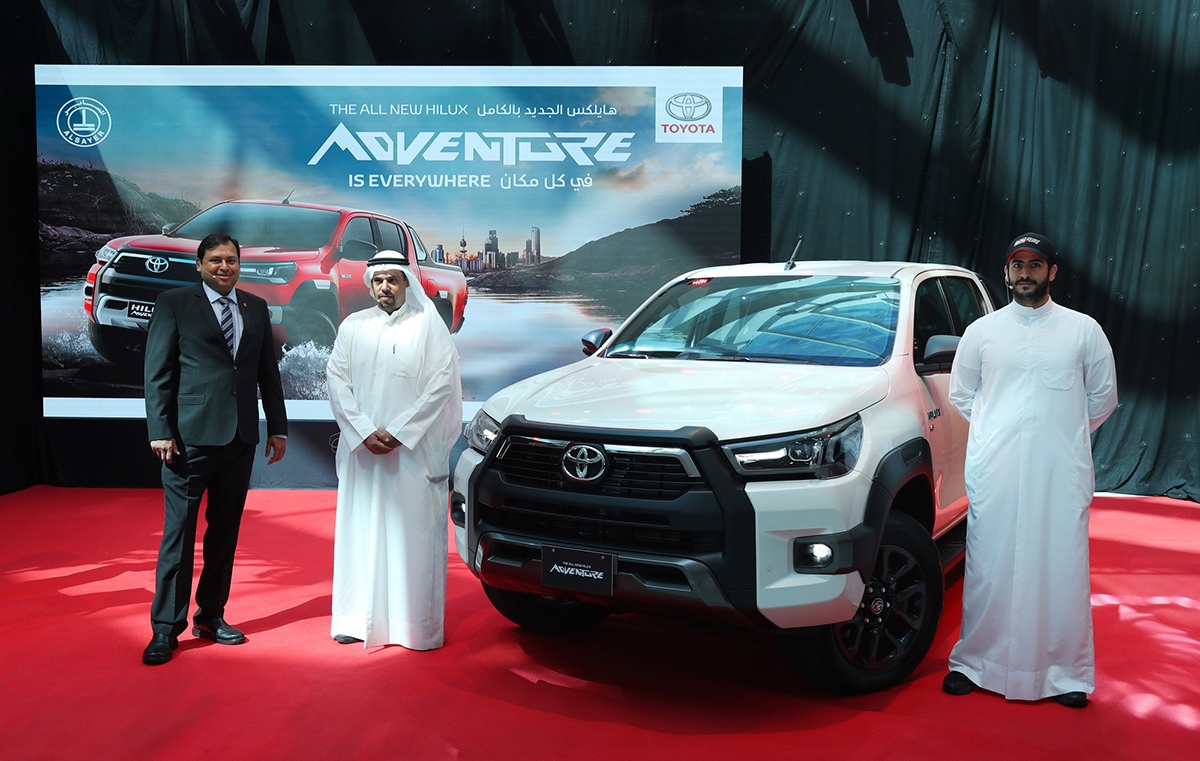 According to Bader Faisal Al Sayer “Through today’s online launch event you will notice that Toyota is placing high priority for customers feedback in order to keep making ever better vehicles. Over the years, Hilux has earned reputation for its phenomenal build quality, sophistication and quality of engineering. The new Hilux adventure is a yet another testimony – tougher than ever”.

Since the introduction of the first Hilux in 1968, over 18 million have been sold in more than 180 countries and regions. The introduction of all-new model in 2016 the eighth generation of the Hilux in the Middle East in response to customer demands and feedback to exceed all their expectations, adds to its stellar reputation over the years. The unstoppable Hilux has proved its invincibility time and again, having conquered the North Pole, Icelandic volcanoes, the Antarctic and a win in the Dakar Rally in 2019.

“In the Middle East. Of course, the Hilux led the field for a long time. Here in the Middle East people use the Hilux both for business and for personal support. Our customers expect a lot from it. The capability of Hilux has been proven under toughest circumstances across the globe. Hilux has won over every challenge. With such a remarkable history and strong global success, today we are going to introduce Hilux adventure” commented Savio Alvares. 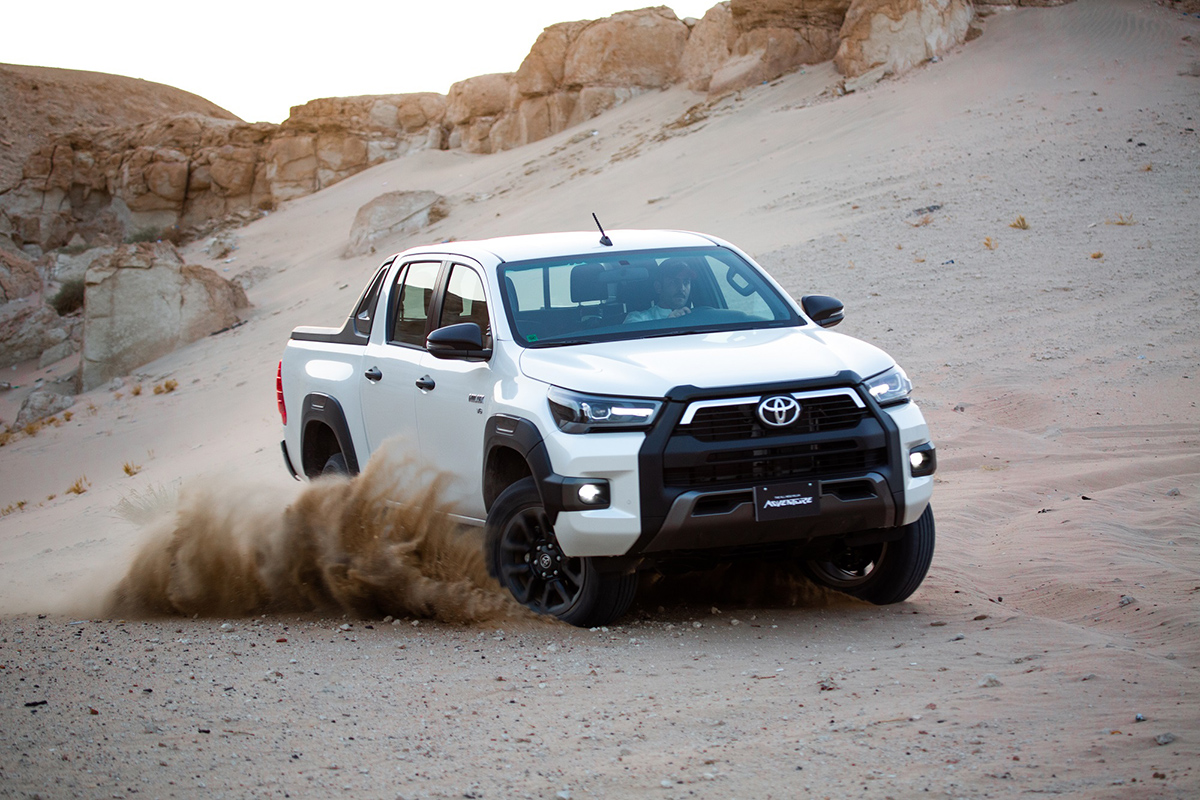 Top of new Hilux range, and available in Single Cab and Double Cab variants, the Adventure grade is tailored for dual-usage and leisure users who want all convenience and diverse capabilities of a pick-up combined with more adventurous and sophisticated styling and the highest levels of equipment specification.

On board, Adventure builds on the High-grade specification with an exclusive driver's combi meter, black metallic and black chrome trim accents, and even a grade-exclusive smart entry key. On Double Cab, 'clear blue' front and rear door trim illumination and dual tone perforated leather seats are added to enhance the cabin appeal. 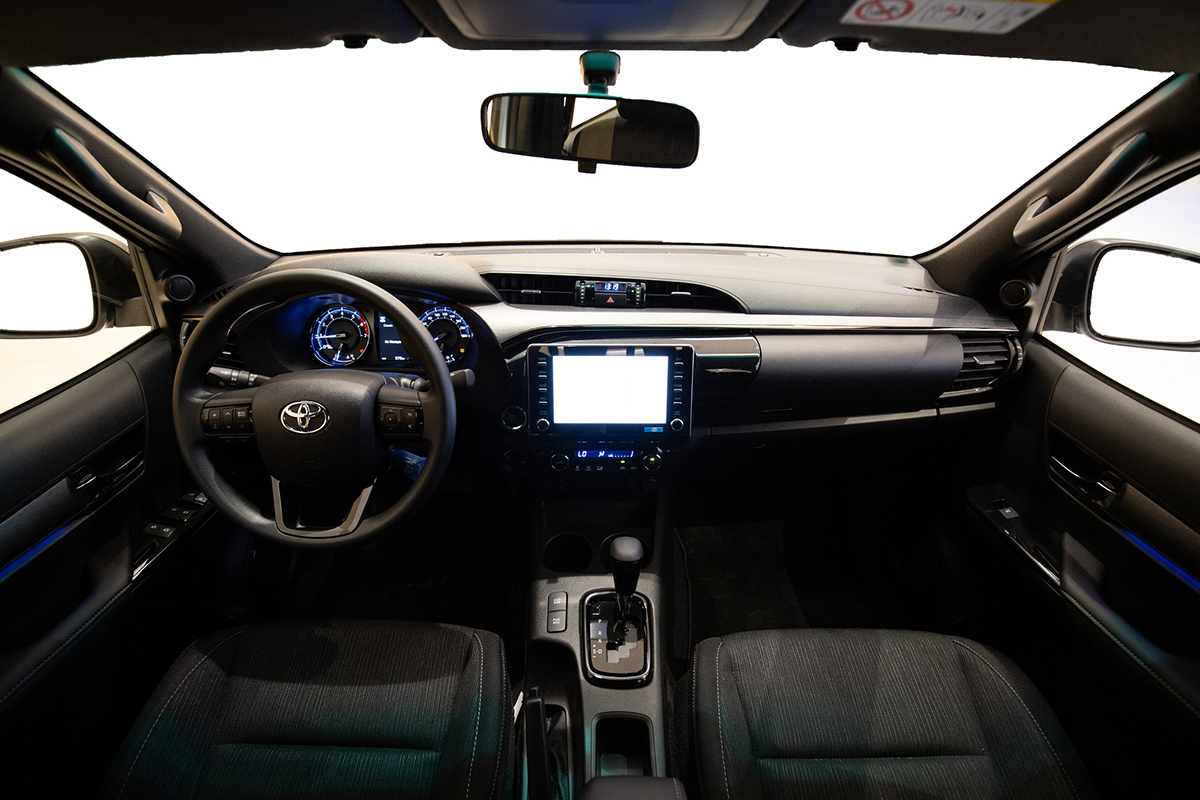 The face of the new Hilux has been completely redesigned with a new bold & powerful three-dimensional grille and front bumper treatment, which significantly increases the pick-up's road presence and strong stature, whilst reinforcing its tough, robust, go-anywhere credentials. 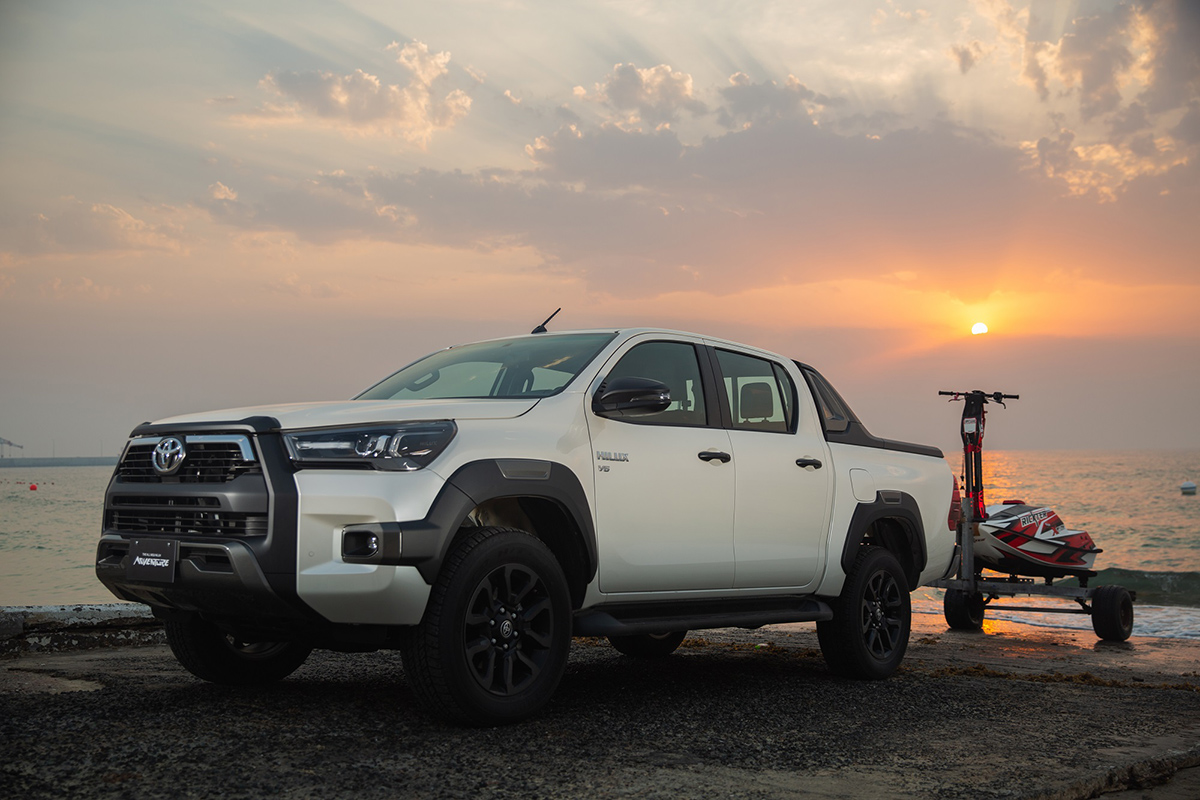 For the new Hilux, the engineers target was to keep legendary off-road capabilities while improving on-road comfort. To ensure extreme off-road conditions, Hilux in one of the few still true to its body-on-frame architecture which can withstand twisting forces better and more durably.

The comfort and drivability of the new Hilux has been enhanced through improvements to the suspension and power steering systems. The suspension benefits from front and rear shock absorber tuning, improved leaf spring design and new bushing to combine a smoother ride with reduced impact on steps and holes.

The Hilux's already peerless off-road credentials have been further enhanced by a new electronic function replicating the effect of a mechanical LSD (on 2WD models); the lowering of engine speed at idle from 850 to 680 rpm and a tuned accelerator response for greater driver control; an updated VSC system; and a new tire angle monitor. 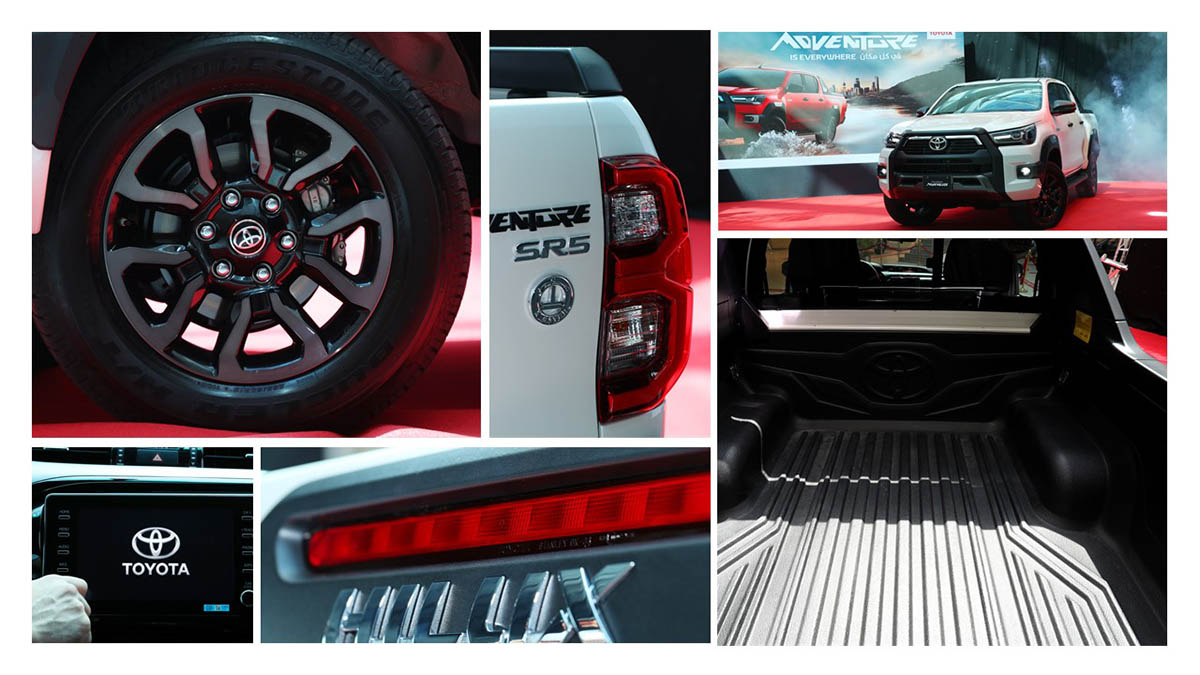 From SRS airbags for the driver and front passenger to a knee airbag for only the driver, the Hilux offers several active and passive safety measures. In addition to Anti-lock Brake System (ABS), which prevents the tires from locking during braking.

Other safety features include a three-point type Emergency Locking Retractor (ELR) seat belt equipped on all seats except the center seat (which features a two-point type seat belt), and the use of high-tensile strength steel sheets and supplementary materials throughout the body structure to help reduce passenger injuries, as well as extensive use of impact-absorbing structures for parts such as the engine hood, front fender and cowl in order to reduce impact force to the head and legs of pedestrians during a collision.