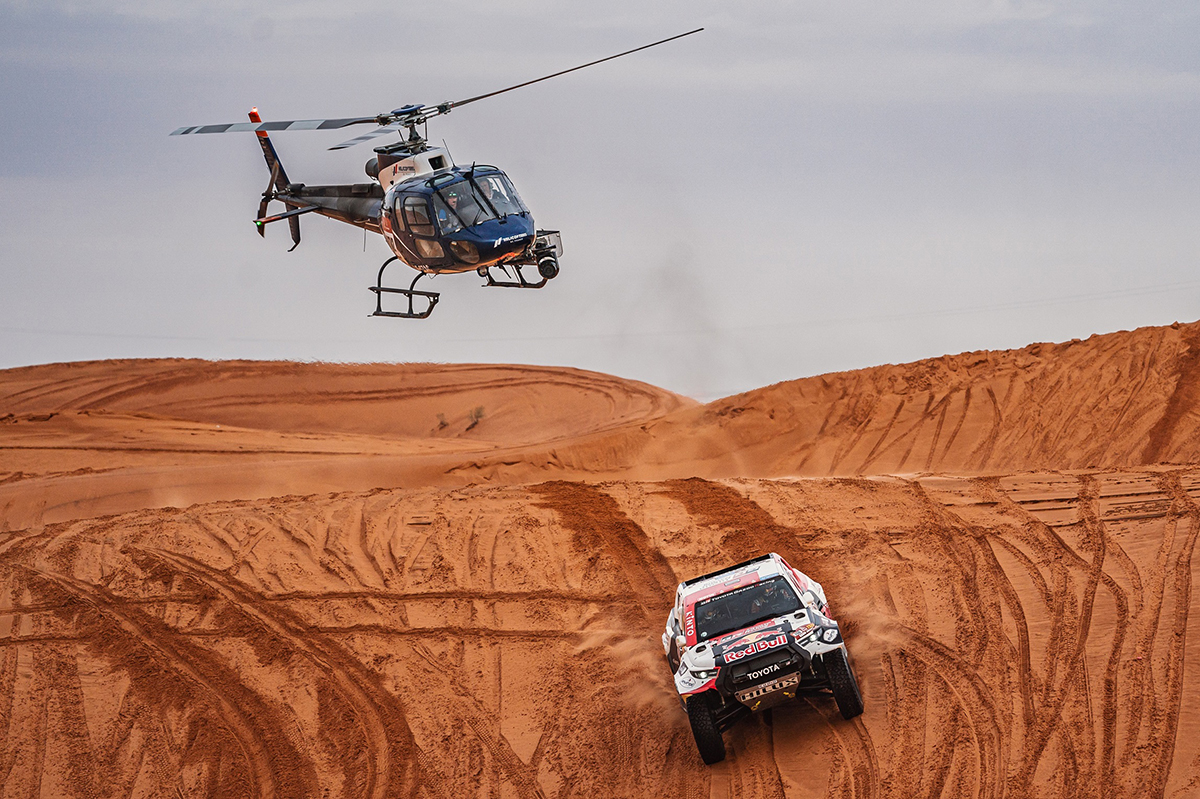 Renowned for their legendary quality, durability and reliability, Toyota’s vehicles have continually proven their unrivalled capabilities in some of the world’s harshest environments. The TOYOTA GAZOO Racing (TGR) team’s GR DKR Hilux T1+ further cemented this reputation recently with a stunning victory at the 2023 Dakar Rally in Saudi Arabia.

Defending champions Nasser Al-Attiyah and co-driver Mathieu Baumel took first place in the No. 200 GR DKR Hilux T1+ to win the event overall by an outstanding margin of 1hr 20min 49sec. The victory marks the Qatari driver’s third Dakar Rally victory for Toyota, and fifth overall of his career.

There was further success for Toyota during the event, with the Team Land Cruiser Auto Body (TLC)’s No. 250 Land Cruiser GR Sport driven by Ronald Basso and Jean-Michel Polato winning the Production Cars category for an incredible tenth year in a row. Meanwhile, Akira Miura and Laurent Lichtleuchter secured second place in the No. 246 Land Cruiser GR Sport in the same category. 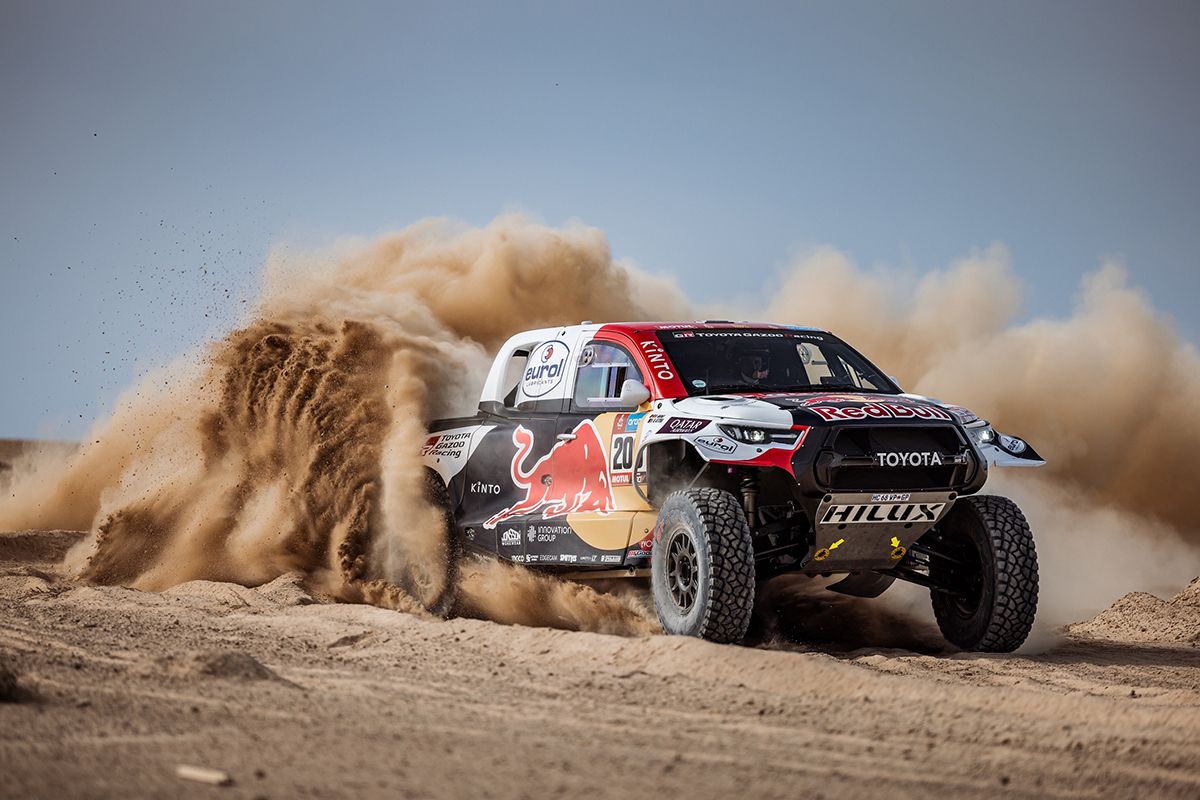 Akio Toyoda, President of Toyota Motor Corporation and GR Team Founder, commented: “Congratulations to Nasser Al-Attiyah and Mathieu Baumel on winning the overall title for the second year in a row! On the long, tough roads of Dakar, it is very hard to win if you don't have a car that's not only easy to drive, but also reliable and durable. By continuing to challenge the Dakar, the GR Dakar Hilux T1+ will be refined into an ever-better car. Thank you to all the fans for your support!”

Akio Toyoda added: “Congratulations to Team Land Cruiser Toyota Auto Body, with their tenth consecutive victory in the Production Cars category! Thanks to all the mechanics too! We at Toyota Motor Corporation will continue to make ever-better cars so that Team Land Cruiser Toyota Auto body can drive with even greater peace of mind next year. Let's do our best "together" for an 11th and 12th consecutive victory!”

Nasser Al Attiyah, driver of the No. 200 GR DKR Hilux T1+, said: “This in amazing feeling! I have to thank so many people, starting with every member of our team. It was a tough two weeks, but to be able to come back and defend our title is fantastic! I’m really proud of our GR DKR Hilux T1+, and to win the race three times with TOYOTA GAZOO Racing is truly something special.” 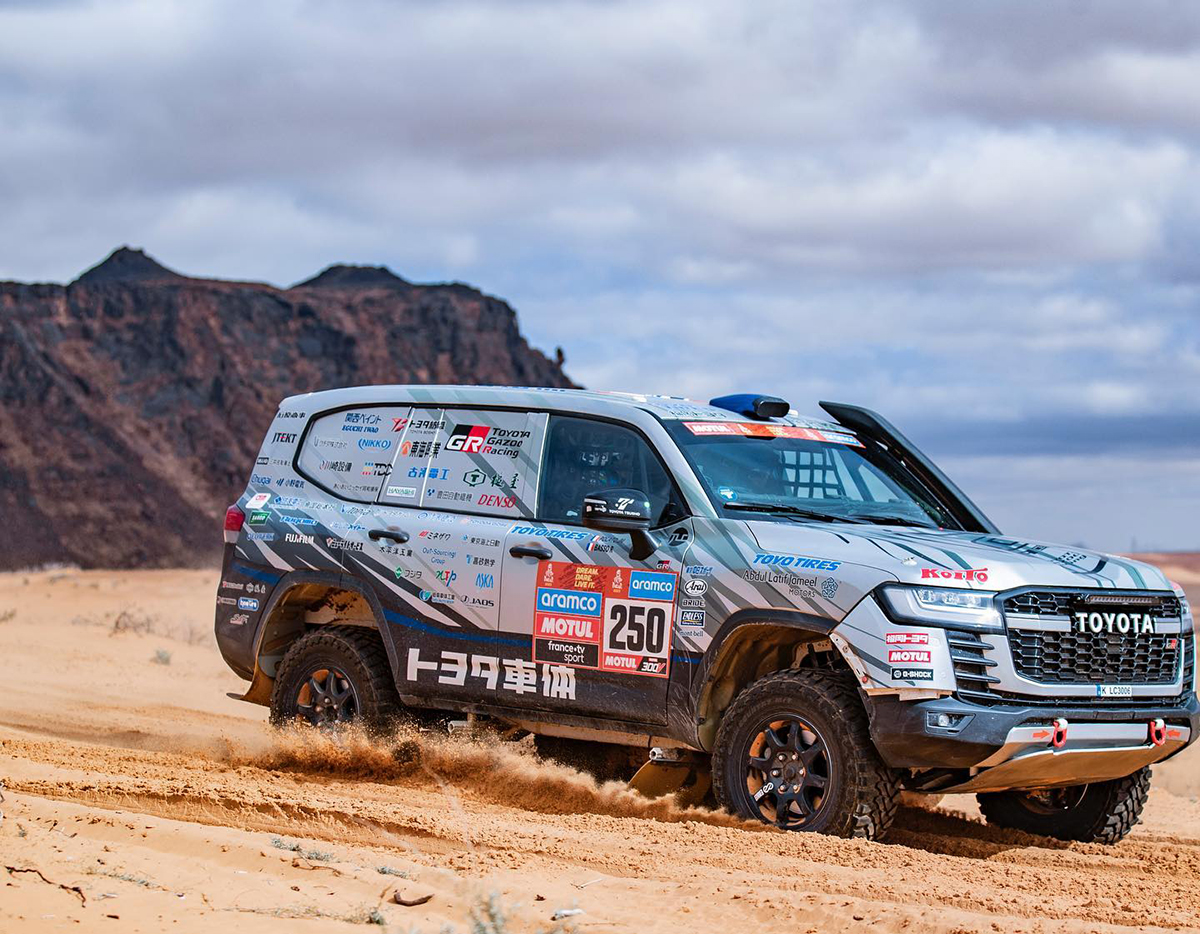 Al-Attiyah and Baumel took over the lead during Stage 3 of the rally and maintained this position for the remainder of the two-week event. By the final stage, the duo had amassed a total of 85 points in the opening round of the FIA 2023 World Rally-Raid Championship (W2RC), placing the TGR team in a strong position for the five-round contest ahead.

Following last year’s victory, TGR worked to upgrade the GR DKR Hilux T1+ to ensure the vehicle was fully prepared for the rigors of the Dakar Rally, the W2RC, and the SARRC. A number of improvements have been made to the car’s differentials, suspension system, and transmission shifting characteristics. The onboard software has also been tweaked to accept the latest racing fuel and ensure the vehicle conforms to the requirements set out by the Fédération Internationale de l'Automobile (FIA), which have been refined for the 2023 season to balance the performance between Class T1+ and Class T1U (ultimate) vehicles.

Over the years, Toyota has been participating in many different forms of motorsports, ‎including Formula One, the World Endurance Championship (WEC), and the Nürburgring 24 ‎Hours endurance race. Toyota’s participation in these events was overseen by separate ‎entities within the company until April 2015, when Toyota established TGR ‎to consolidate all of its motorsports activities under one in-house brand. Representing ‎Toyota’s belief that ‘the roads build the people, and the people build the cars,’ TGR highlights the role of motorsports as a fundamental pillar of Toyota’s commitment to ‎making ‘ever-better’ cars. Harnessing years of experience gained under the extreme ‎conditions of motorsports events, TGR aims to forge new ‎technologies and solutions that bring the freedom, adventure, and joy of driving to everyone. 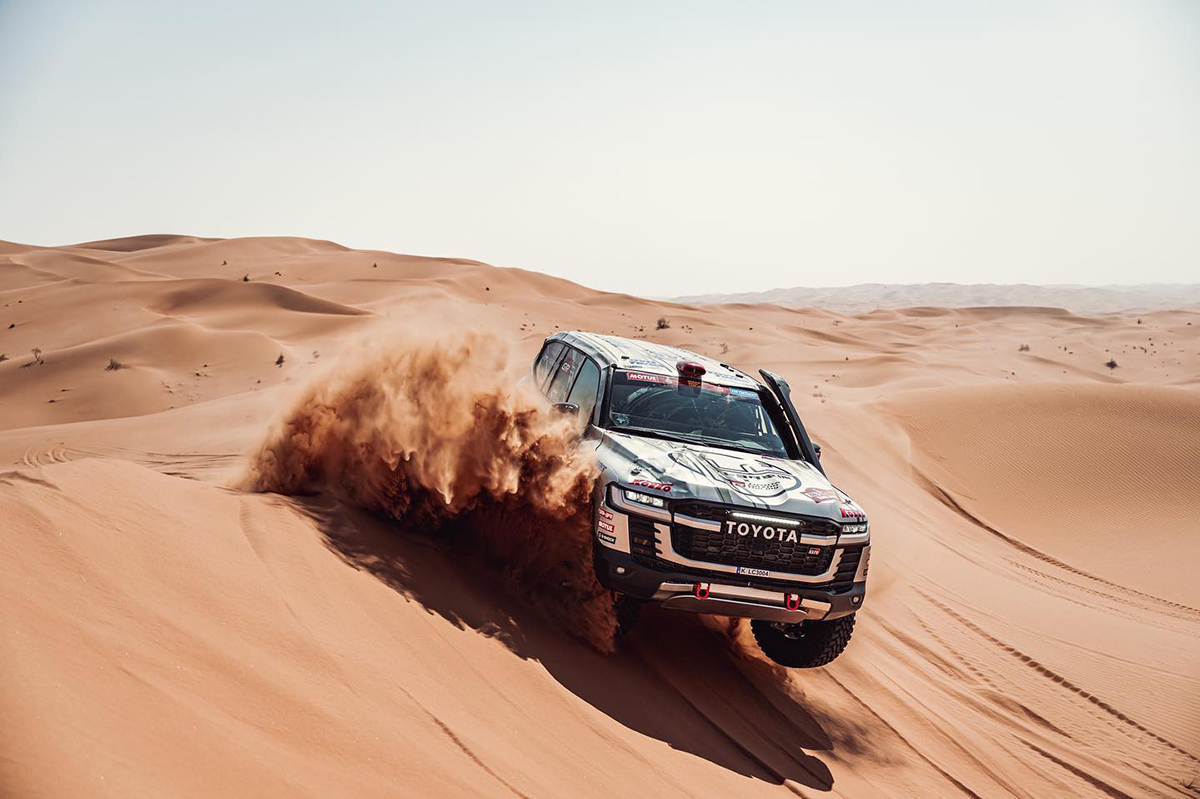