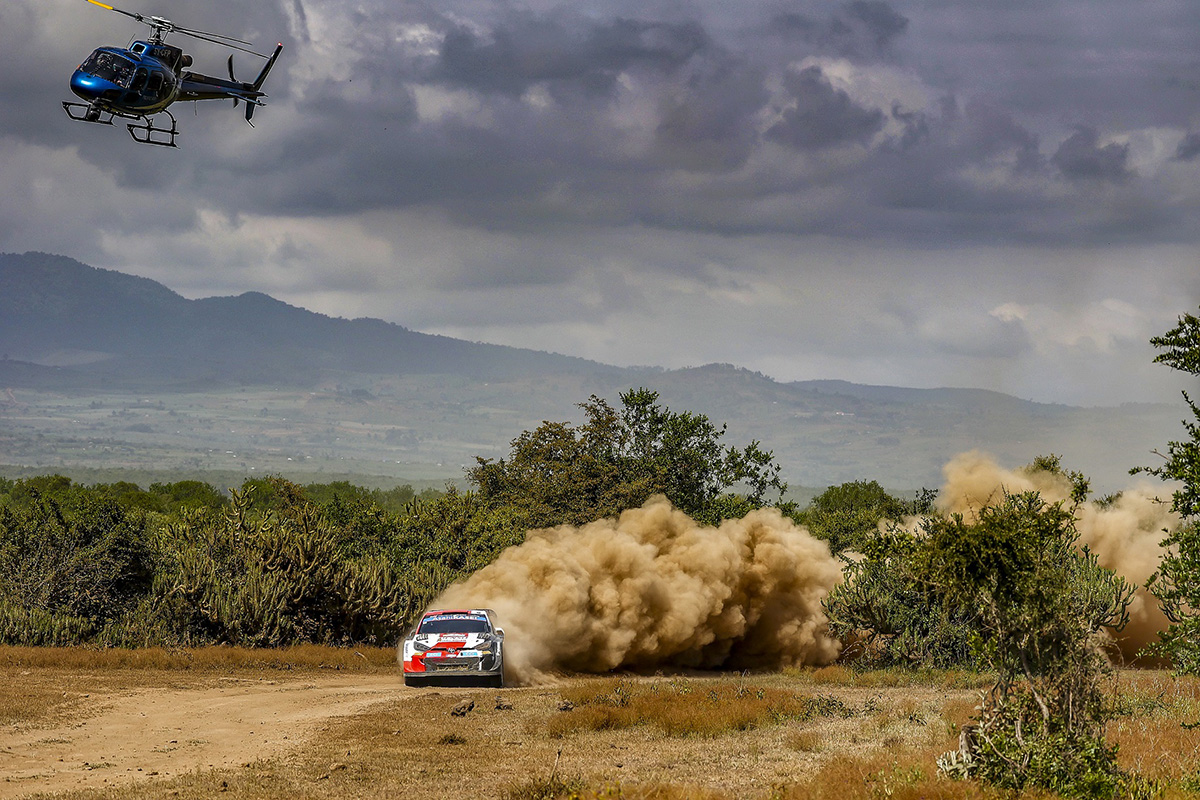 The GAZOO Racing World Rally Team claimed a historic result recently at the legendary Safari Rally Kenya, with Kalle Rovanperä leading a remarkable clean sweep of the top four positions in the No. 69 Toyota GR YARIS Rally1. Elfyn Evans and Takamoto Katsuta, who achieved the second and third places respectively, joined him on the podium together with Sébastien Ogier, who finished fourth in the No. 1 Toyota GR YARIS Rally1.

The win marked a milestone tenth victory for Toyota at the famous African race, and the first time it has achieved a 1-2-3-4 finish in the WRC since 1993 during the same event. The Safari delivered tough conditions including deep ‘fesh-fesh’ sand on the first day and wet and muddy surfaces on the second day, together with the ever-present rocks and stones. The race was by far the hardest challenge yet for the new generation of hybrid electric-powered GR YARIS Rally1 vehicles, which survived everything that the Kenyan terrain could throw at it to remain reliable and progress steadily throughout all stages of the race. 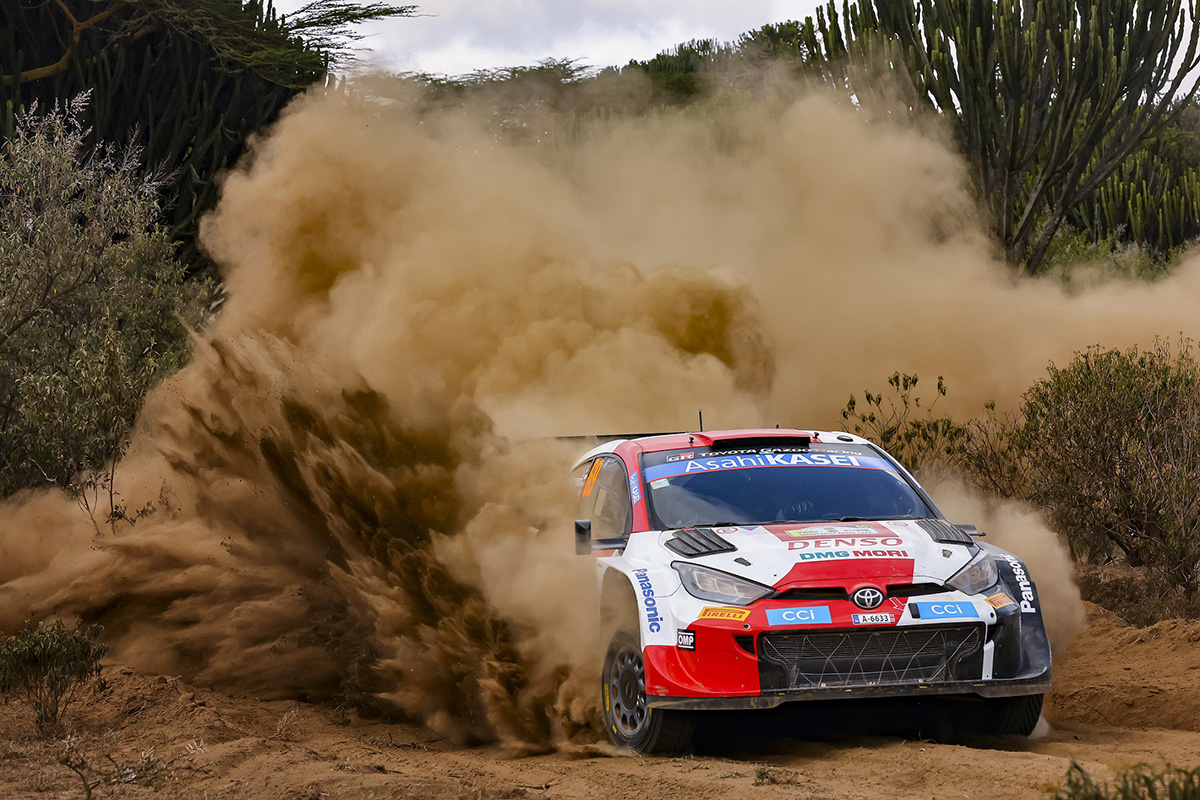 Rovanperä and co-driver Jonne Halttunen ran faultlessly on the way to their fourth victory in five rounds in the No. 69 Toyota GR YARIS Rally1, increasing their championship lead to an impressive 65 points. Evans and his co-driver Scott Martin also performed superbly in the No. 33 Toyota GR YARIS Rally1 and ran their team-mates close for the victory, remaining within 20 seconds of the lead until the rain hit and finishing 52.8 seconds behind as they scored their second podium of the season.

TGR WRC Challenge Program driver Katsuta once more drove an excellent and smart rally in the demanding conditions of Kenya to claim his second career podium behind the wheel of the No. 18 Toyota GR YARIS Rally1, one year on from taking his first at the very same event. Ogier, the 2021 event winner, finished fourth overall in the No. 1 Toyota GR YARIS Rally1, while also setting the third-fastest time in the rally-ending Power Stage to add to the team’s points haul. GAZOO Racing’s manufacturers’ championship lead increased to 62 points thanks to the incredible result for the whole team that saw Toyota claim the top four spots in the race.

Akio Toyoda, President and CEO of Toyota Motor Corporation, commented: “Kalle, Jonne, congratulations! Elfyn, Takamoto, Sébastien, thank you for making the wonderful result! GR’s first-ever 1-2-3-4 finish was achieved thanks to our crews who brought the cars back safely on such tough roads in Kenya. I’m proud that the team is implementing ever-better car making through the rallies taking place on real roads.” 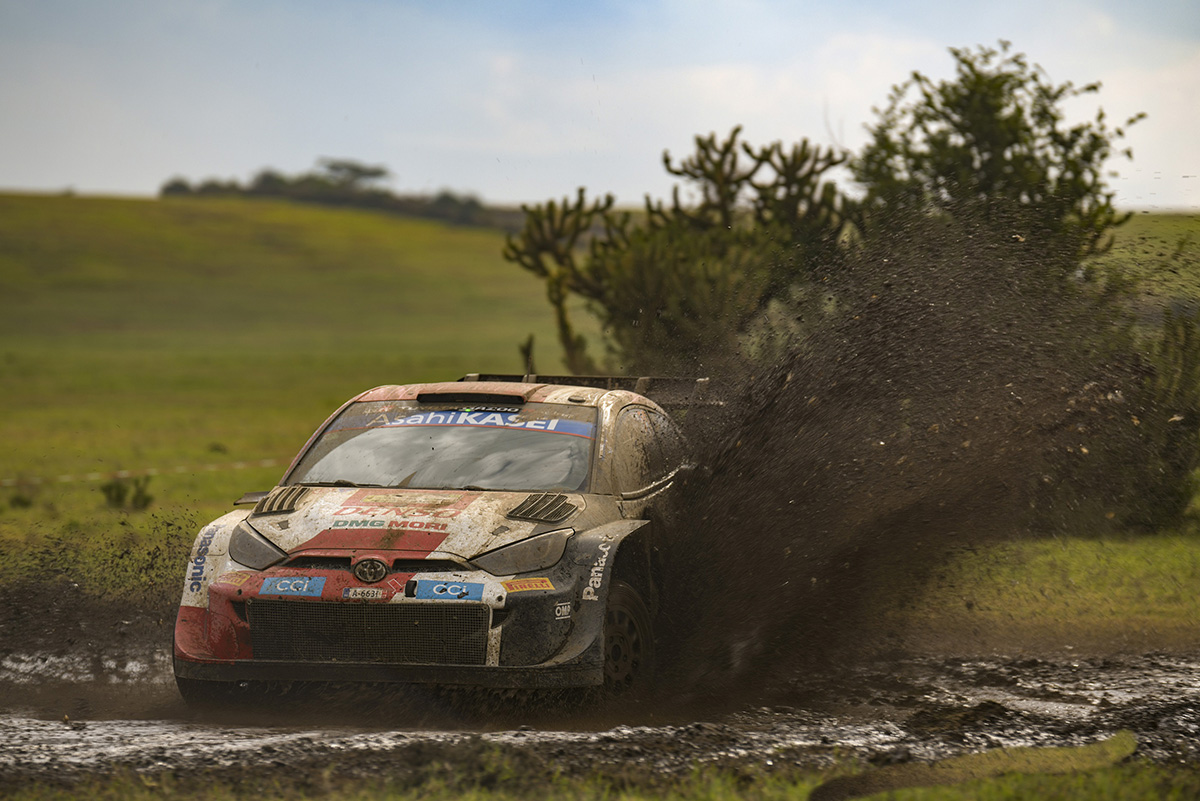 Toyoda added: “I’m most pleased to feel that this wonderful achievement is the result of the team’s strength that we have built up over the years. We cannot forget that the fans’ support is also helping the team a lot. I appreciate your continuous support for the second half of the 2022 season.”

The championship continues next month with Rally Estonia, taking place from 14-17 July over fast and smooth gravel roads with many crests and jumps, as well as some more technical sections. 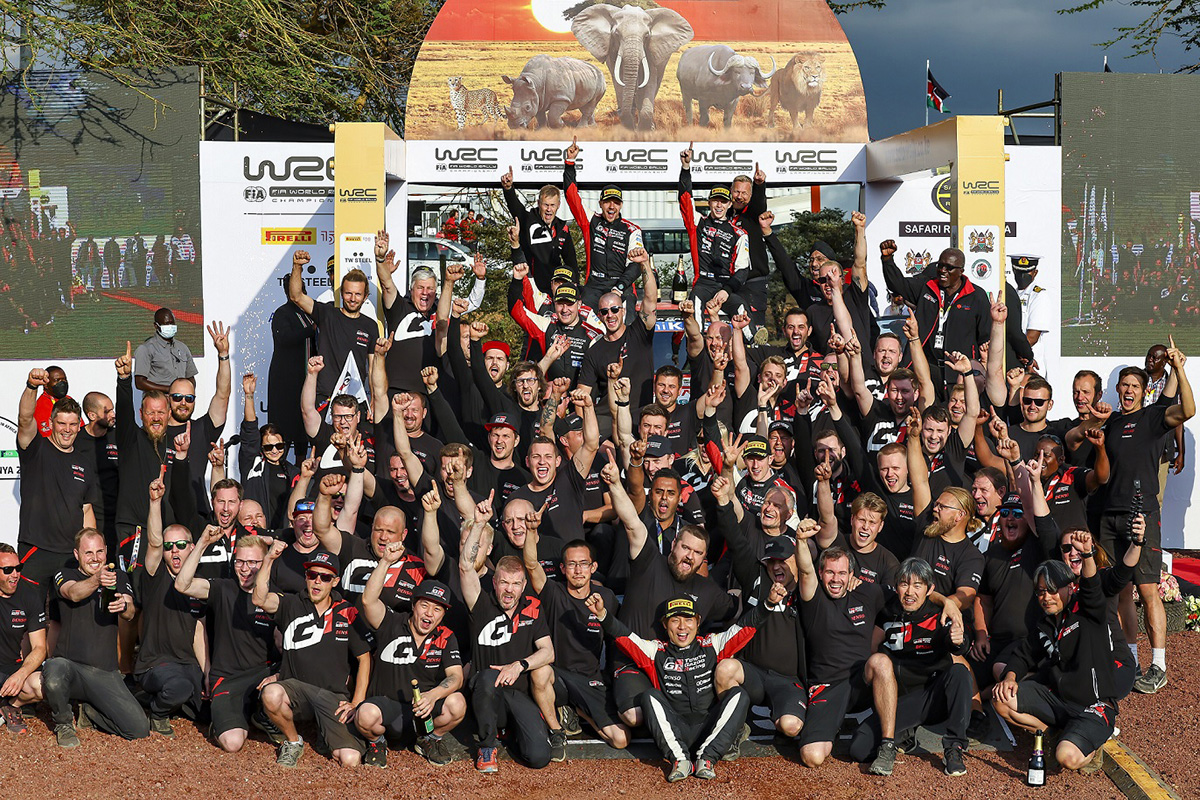