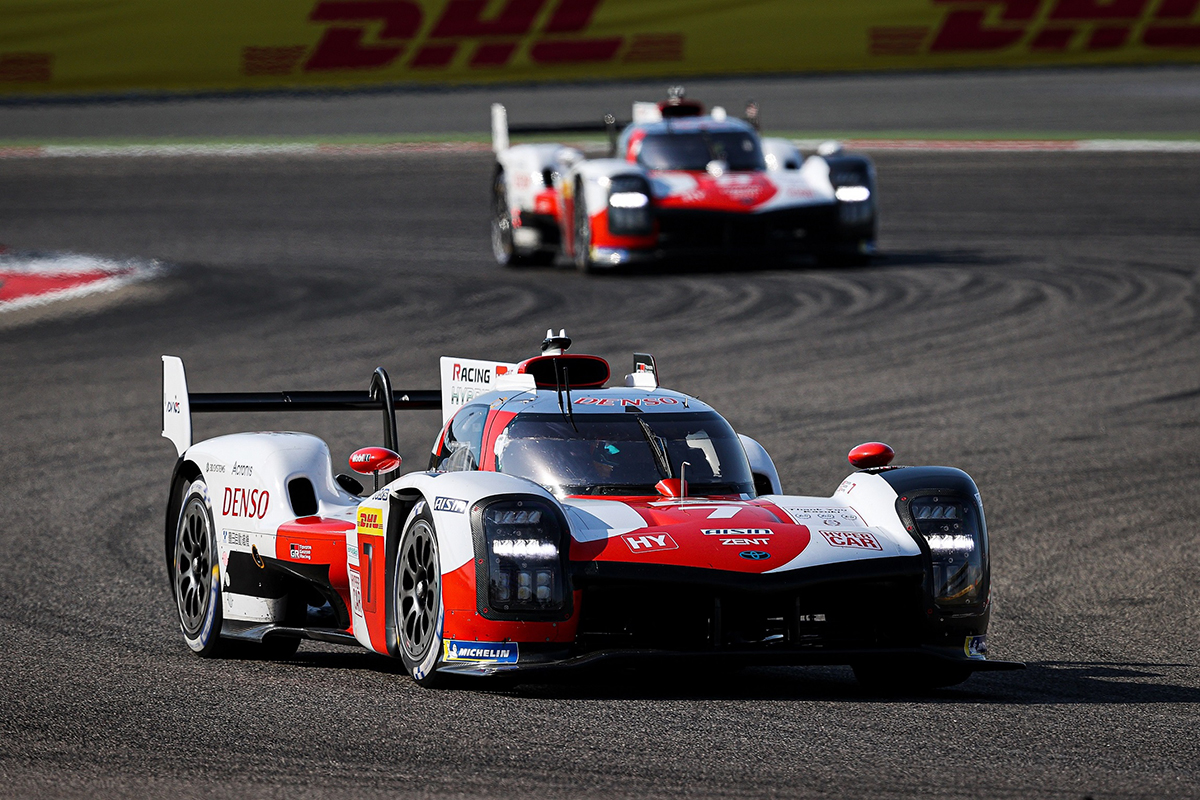 GAZOO Racing (GR) completed its history-making hypercar season in style with a one-two victory in the 8 Hours of Bahrain on a day of destiny for the 2021 FIA World Endurance Championship (WEC) Drivers' Championship crown. An emotional finale to the season saw Kazuki Nakajima bring the curtain down on his glittering endurance career in style, with victory in the No. 8 GR010 Hybrid Electric Vehicle (HEV) he shares with teammates Sébastien Buemi and Brendon Hartley.

Meanwhile, Le Mans winners Mike Conway, Kamui Kobayashi and José María López retained the Drivers' Championship title by finishing second during the sixth and final round of the season in the No. 7 GR010 HEV. Kobayashi is now Japan's first two-time World Champion on four wheels, while López becomes only the second Argentinian to win five FIA World Championships.

On a day of new milestones, GR became the first team to win every race in a WEC season. The team extended its unprecedented winning run to nine in its 70th event since first entering the series in 2012. The last two events of the season took place over two consecutive weekends in Bahrain following the cancellation of round five in Fuji due to ongoing travel restrictions related to COVID-19. Victory during the first weekend of the Bahrain double-header meant Toyota had already secured its fourth Manufacturer’s Championship title before the final race began.

Despite clean sweeps in all round five sessions, the GR010 HEVs played catch-up during the opening laps of the season finale. However, some exciting wheel-to-wheel racing put the team back in front and they never looked back. As the race moved into the night, the No. 8 GR010 HEV established an ever-stronger grip at the front. Nakajima took the wheel for the final stint, and his last laps in the WEC. A journey which started with the roll-out of the TS030 HYBRID in January 2012 ended when Nakajima took the chequered flag 7.351secs ahead of López, whose second place delivered another world title to the No. 7 GR010 HEV crew. 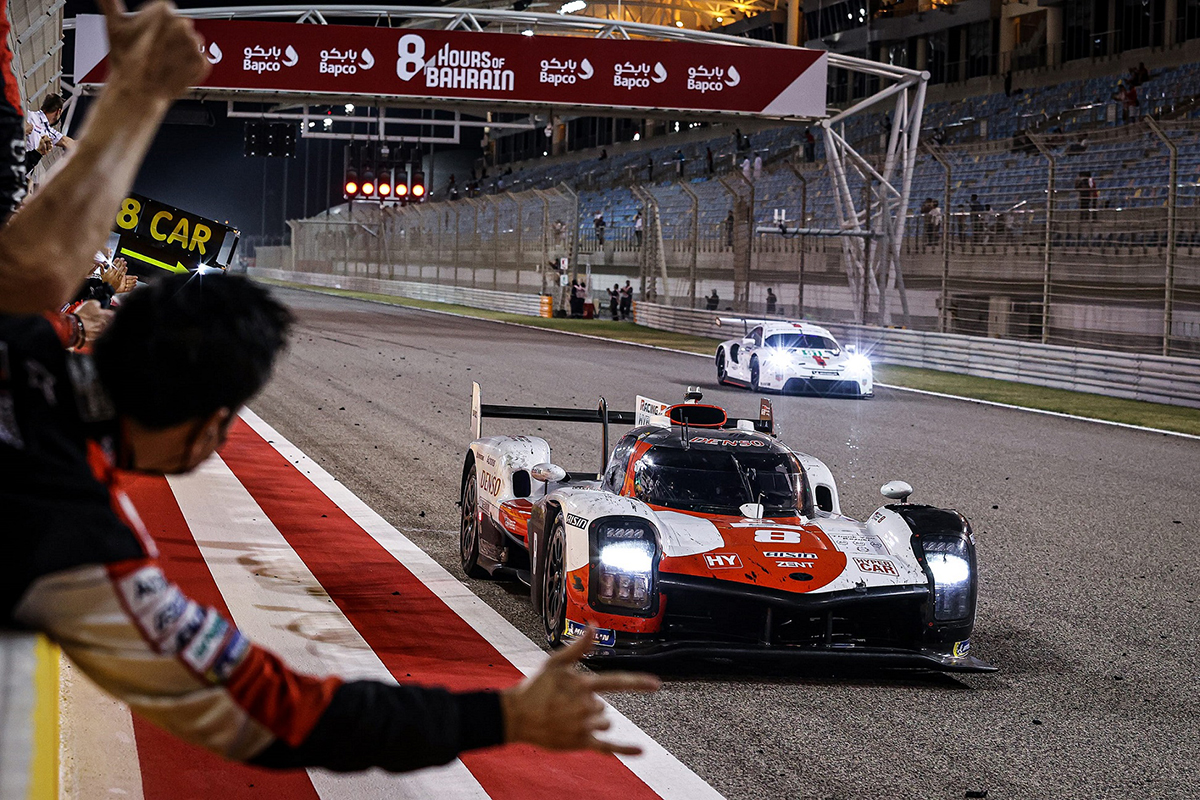 Akio Toyoda, President, Toyota Motor Corporation, commented: “First of all, congratulations on the team championship! We won all six races in the first year of Hypercar, and were able to run through with the tremendous efforts of the drivers and team. I am really grateful that these two cars have become champion cars. To Kamui, Mike, and José, congratulations on winning Le Mans and the Drivers' Championship. It is very nice! Thanks to the partners who supported the battle in the new Hypercar class and the fans who continued to support us. Thank you for fighting with us this season.” 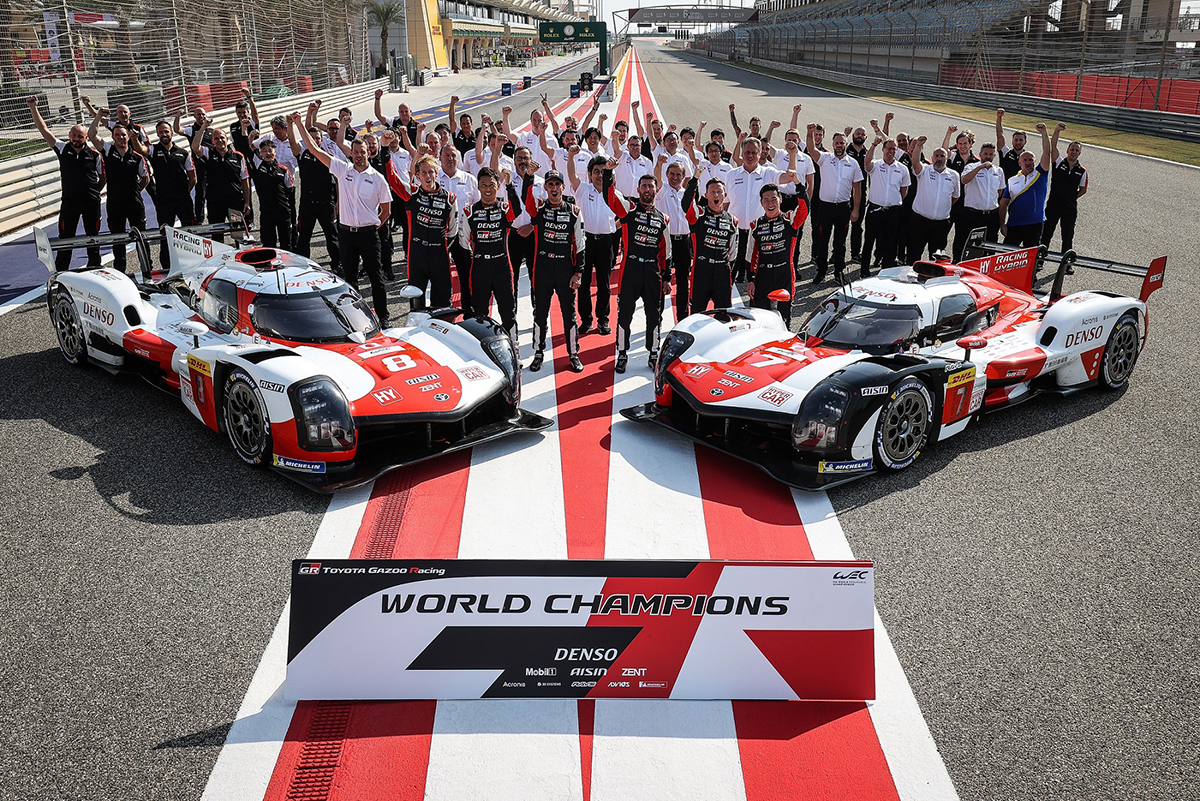