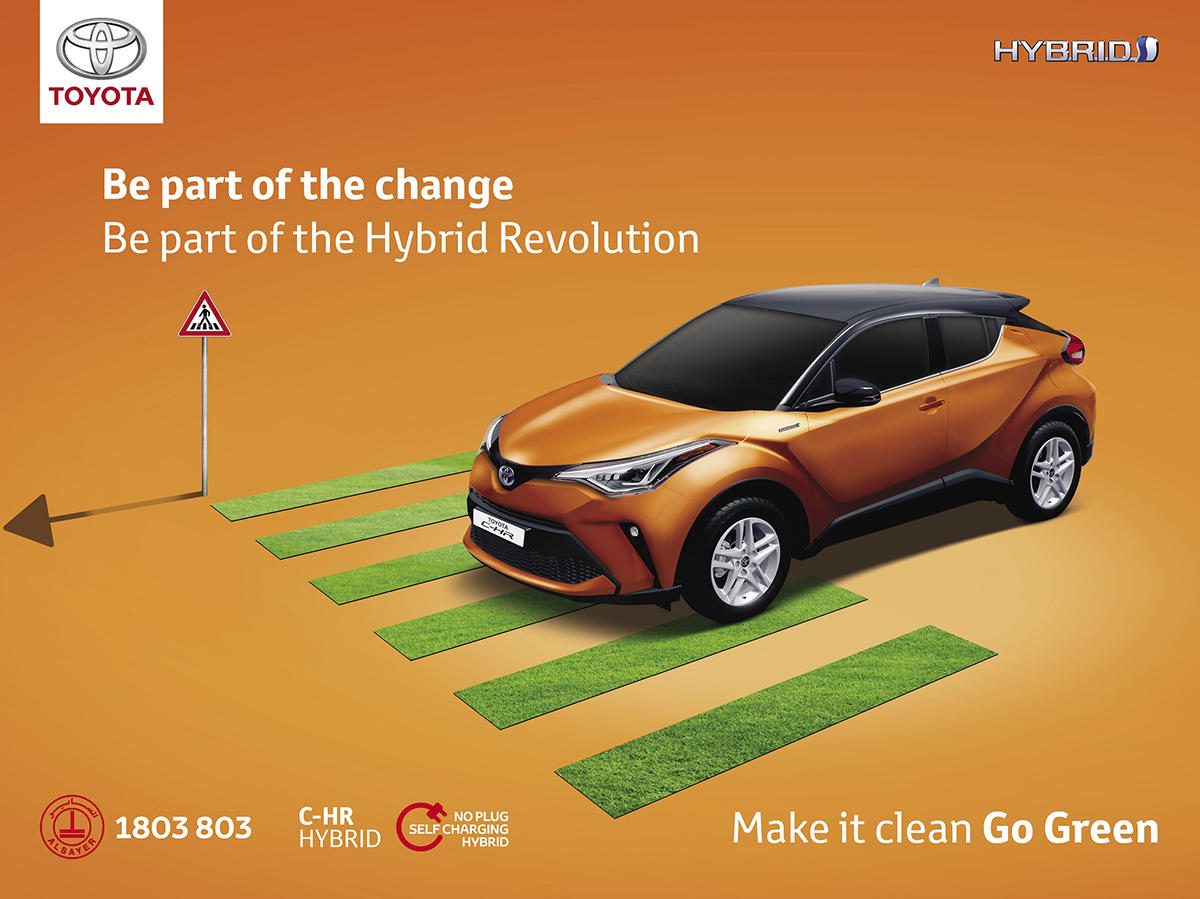 Celebrating a spectacular milestone of 17 million units of electrified vehicles Mohamed Naser Al Sayer & Sons has launched an exclusive test drive campaign, for its promising range of Toyota Hybrid Electric vehicles across all showrooms in Kuwait.

Over the years Toyota has successfully launched a variety of HEVs, leading the way to a steady growth in the adoption of its environmentally friendly vehicles. The company’s original vision has allowed Toyota to be the leader in meeting increasingly stringent emissions regulations around the world. Hybrid is the practical way towards green motoring, and it delivers a more relaxed and rewarding drive than a conventional car.

Bader Faisal Al Sayer Head of Marketing Toyota Kuwait said “With Toyota Hybrid I can see today future connectivity, progressive technology, unique style and performance with the highest ever fuel efficiency. A main advantage of this totally different and exciting experience includes technology that can make a great connection with the younger generation.” 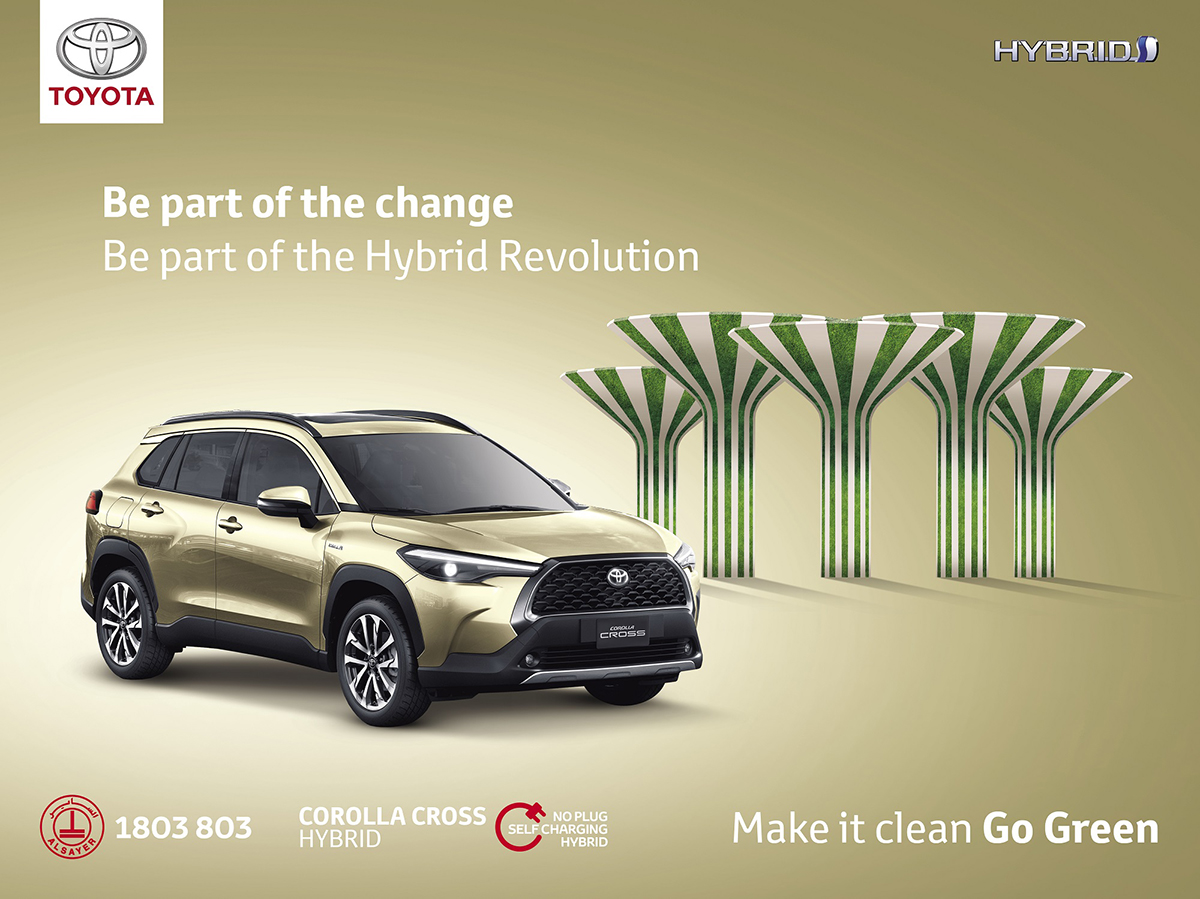 Highlander HEV can be driven entirely on electrical ‎power with zero-fuel consumption and tailpipe emissions, or by combining the power generated from the petrol ‎engine and two electric motors, depending on the vehicle’s speed and driver behavior. ‎

Highlander’s sophisticated body is based on the brand-new Toyota New Global Architecture (TNGA-K) vehicle platform. This robust foundation is complemented by a lightweight high rigidity bodyshell with a low center of gravity, which provides the SUV with exceptionally nimble handling and comfortable highway cruising characteristics.

C-HR HEV comes with all the benefits expected of the world’s most proven and advanced hybrid-electric technology, yet drives like any other conventional car, offering remarkable fuel efficiency at 23.9 km/L with zero compromise on performance. It is powered by a petrol engine that delivers 97 hp and a peak torque of 142 Nm, working in tandem with an electric motor that churns out 71 hp of power and 163 Nm of torque. The hybrid-electric powertrain is equipped with a small, light, and powerful lithium-ion battery pack that can efficiently absorb and deliver current, enhancing the electric motive force delivery. 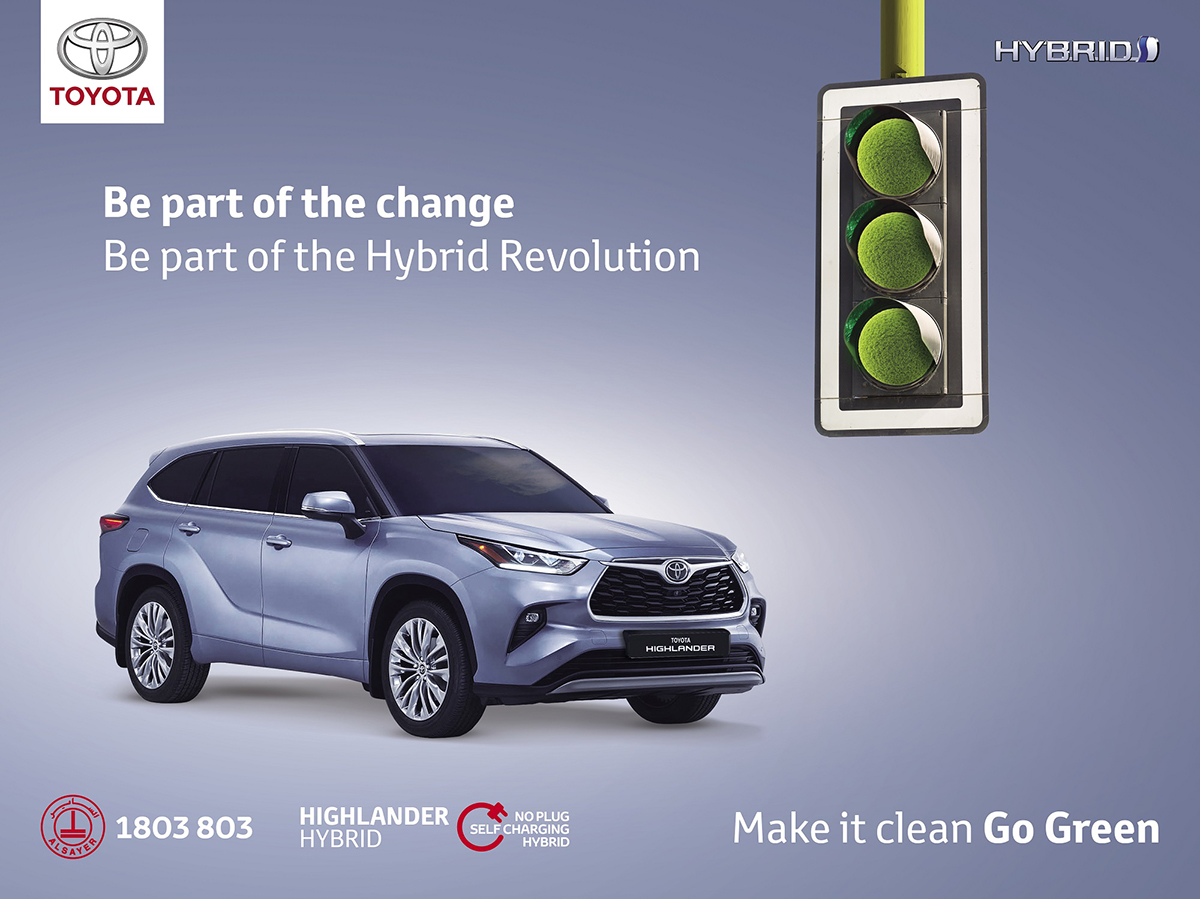 Corolla Cross thrilling drive personality is brought to life by a new electrified hybrid system that combines two power sources. Its 1.8-liter Atkinson-cycle petrol engine produces 97 hp and a peak torque of 142 Nm, working in tandem with two electric motors that generate 71 hp and 163 Nm of torque. The system is mated to an Electrically Controlled Continuously Variable Transmission (E-CVT) that contributes to an outstanding fuel consumption value of 23.7km/L. Drivers can also choose between ECO, Power, and Normal driving modes to suit their driving styles. In addition, a separately-switchable EV Mode can be combined with any of these three driving modes, for a silent and emission-free driving at low speeds and for short distances.