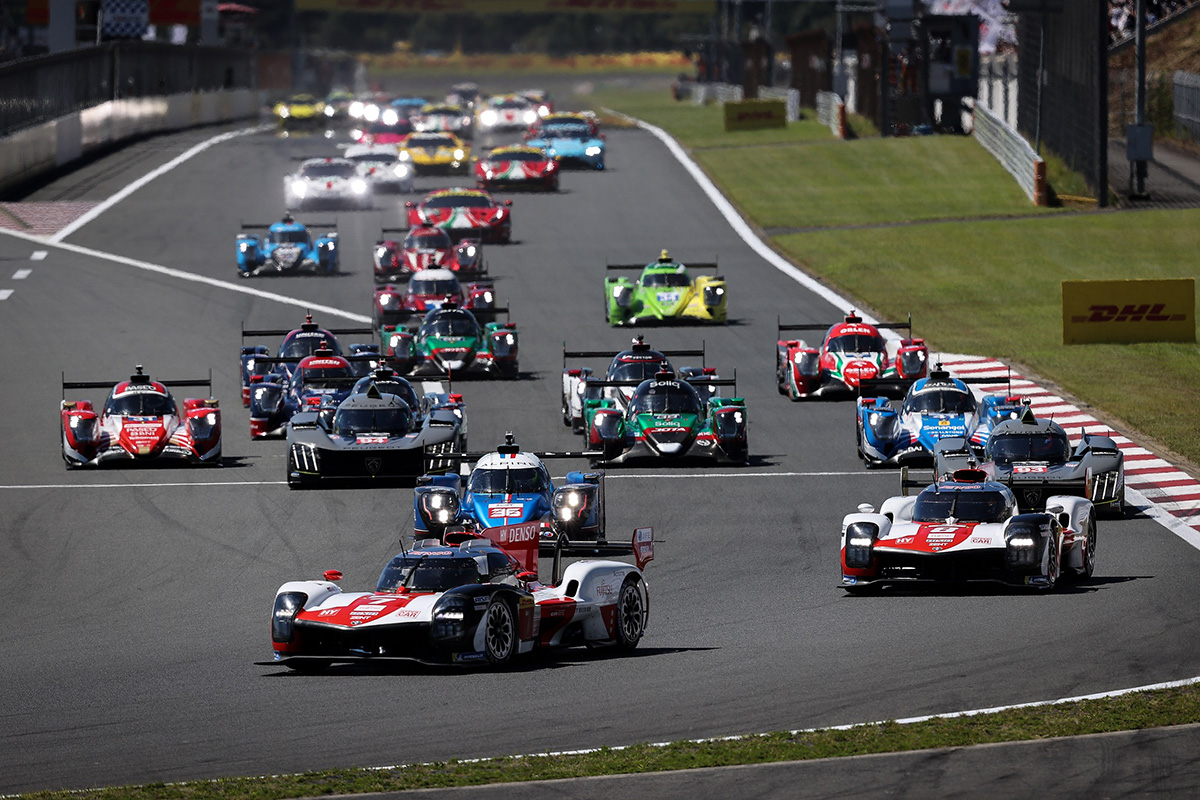 GAZOO Racing (GR) achieved a perfect one-two victory in the 6 Hours of Fuji to celebrate the return of the FIA World Endurance Championship (WEC) to Japan in impressive style. Fuji Speedway hosted WEC for the first time since 2019 where GAZOO Racing strengthened its World Championship challenge and celebrated a memorable homecoming by winning on the Toyota GR010 Hybrid Electric Hypercar’s Japanese debut. Maximum points from its home race bring Toyota a big step closer to retaining its manufacturers’ World Championship, extending its lead to 26 points.

Sébastien Buemi, Brendon Hartley, and Ryo Hirakawa delivered a flawless performance in the No. 8 GR010 Hybrid Electric Hypercar to earn their second victory of the season, adding to their Le Mans 24 Hours triumph and delivering the team’s eighth win in nine races at Fuji Speedway. World Champions Mike Conway, Kamui Kobayashi, and José María López took second place in their No. 7 GR010 Hybrid Electric Hypercar to complete a hard-earned clean sweep in the penultimate round of the 2022 WEC season. 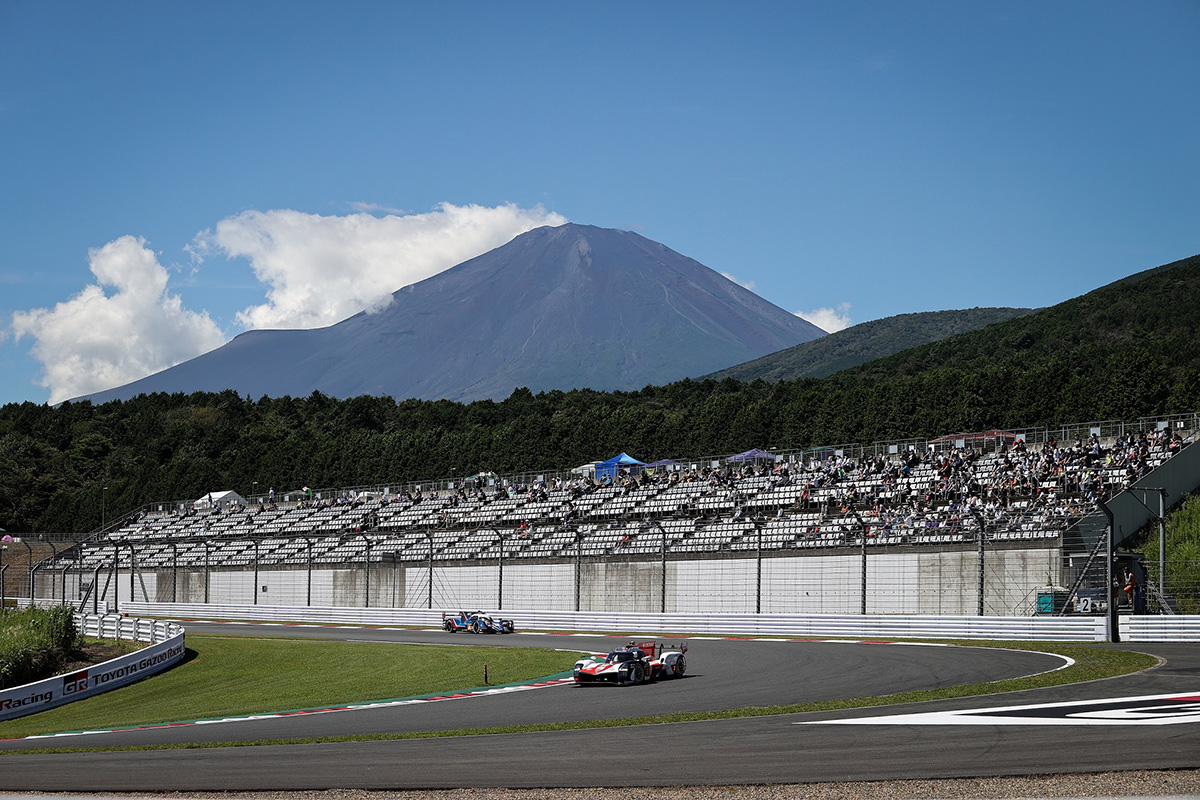 An enthusiastic crowd packed the Fuji Speedway grandstands and saw the GR010 Hybrid Electric Hypercars set the tone for the race by leading the way from the beginning. Even though Kamui dominated the race initially, Sébastien gradually closed the gap and moved into the lead on lap 64. As the two-hour mark approached, Kamui handed over the second-placed No. 7 vehicle to José. A lap later, Brendon took the wheel of the No. 8 vehicle and resumed with a 6secs lead. Brendon began to build a comfortable margin at the front and extended his advantage over José to 10secs at the next pit stops. By the time of the next driver changes, with just under two hours remaining, Brendon had a decisive 30-second lead. 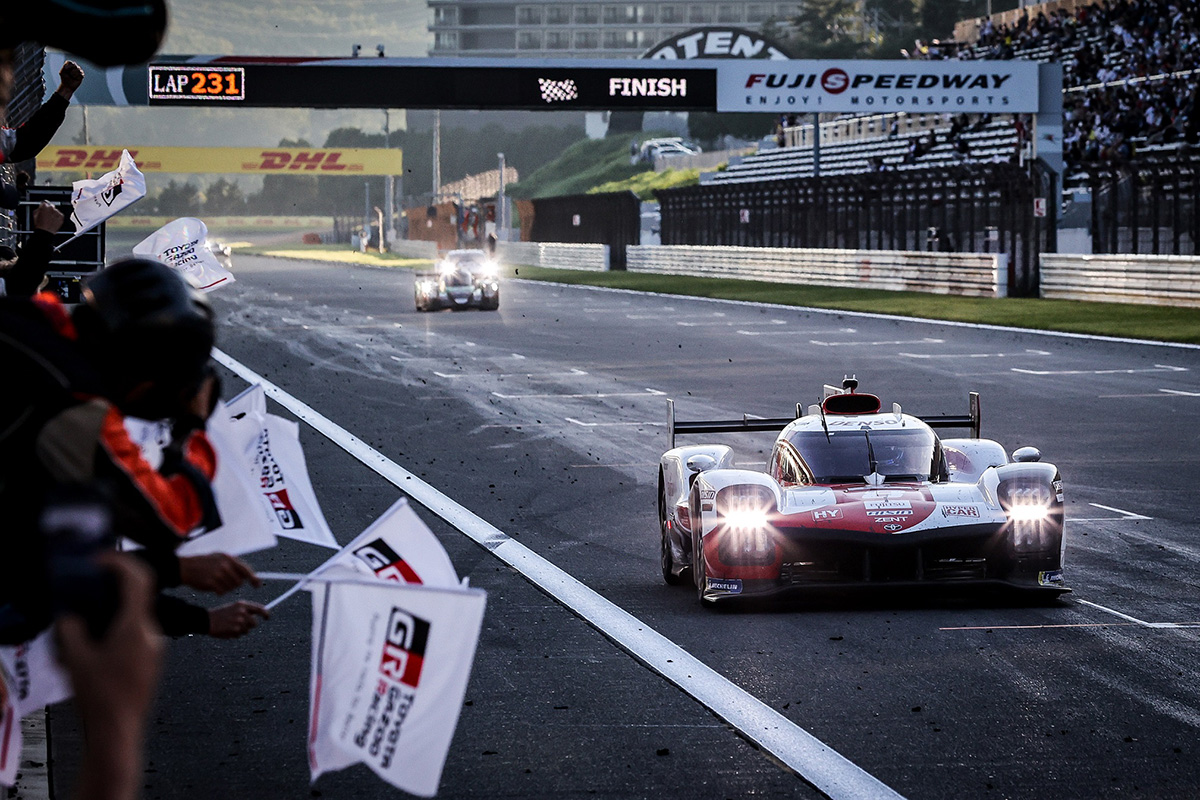 Ryo, already a winner at Fuji Speedway this season in Super Formula, took the wheel of the No. 8 vehicle as Mike replaced José in the No. 7 vehicle for the final stretch. With a one-lap advantage over the third-placed competitor, the GR010 Hybrid Electric Vehicles controlled the remainder of the race. After 232 laps without safety car or full course yellow, Ryo took the checkered flag to secure GAZOO Racing’s third victory of the season, its 37th from 75 Hybrid Electric-powered WEC races since 2012. Mike followed 1 min 8.382 secs later, completing the team’s second one-two of the season.

Akio Toyoda, President and CEO of Toyota Motor Corporation, commented: “At Fuji Speedway, our fans were cheering us on, saying “Welcome back!” We are really glad that we were able to respond to that great support with a one-two finish, to say “We’re home”. I would like to thank all the team members, including Team Principal Kamui. Thank you all! Racing drivers have experienced a variety of cars and I would like to continue working with them to create technologies that keep them excited. I would also like to thank the mechanics, engineers, and colleagues at the factory who are working with the drivers to make ever-better cars! To our fans, thank you for supporting and motivating us as we continue to take on new challenges to transform mobility.”

Bahrain International Circuit, which will host the eight-hour-long final race of the season on 12 November, is set to witness the fight for both drivers’ and Manufacturers’ World Championships. 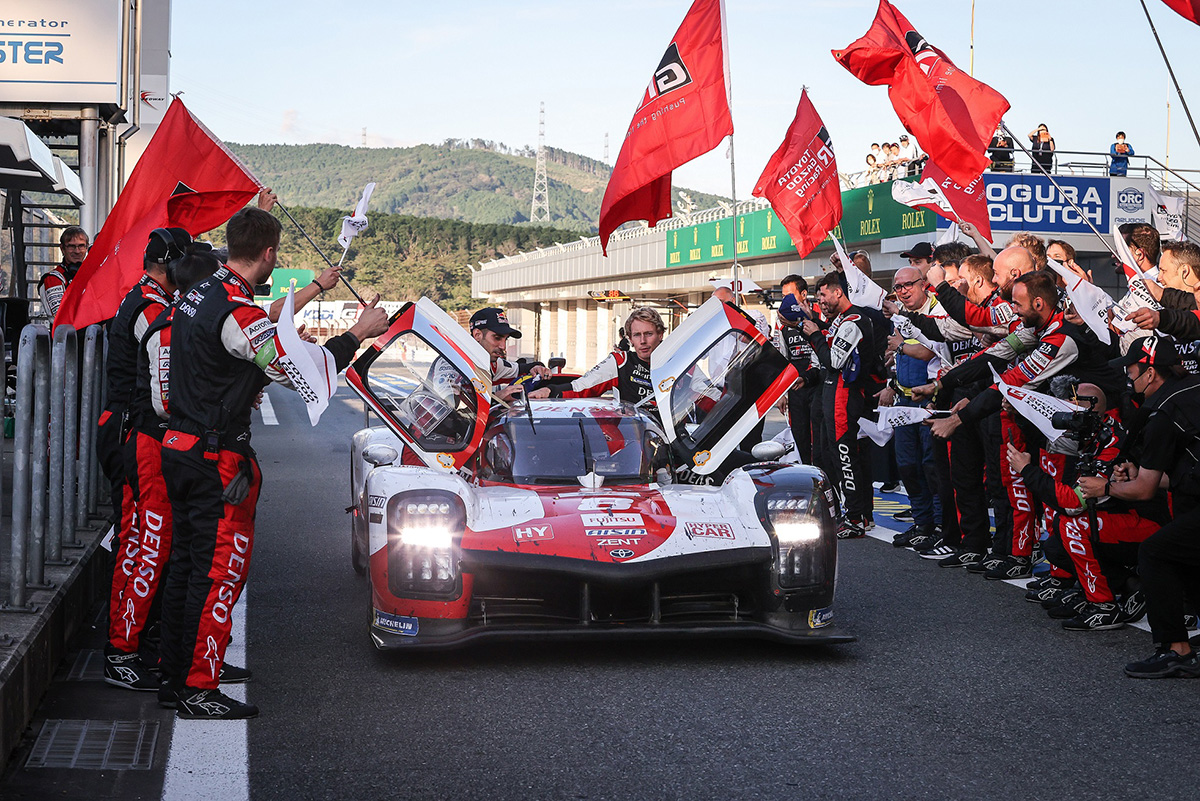