GAZOO Racing (GR) recently earned a third consecutive 24 Hours of Le Mans victory with the TS050 Hybrid Electric Vehicle (HEV) following a highly successful race at the legendary Circuit de la Sarthe. Sébastien Buemi, Kazuki Nakajima, and Brendon Hartley completed over 5,000 km in the No. 8 TS050 HEV during the grueling race. The team won by five laps to take the lead in the drivers' World Championship.

For Buemi and Nakajima, this was their third consecutive triumph at Le Mans. They join an elite group of only seven drivers who have previously achieved that feat during the illustrious race's 97-year history, while Hartley won for the second time following his victory in 2017. Today's win in the penultimate round of the FIA World Endurance Championship (WEC) saw GR crowned World Champions with an unassailable 57-point lead. This is Toyota’s third manufacturers' championship, following its success in the 2014 and 2018-2019 seasons.

The race also marked the final appearance at Le Mans for the 1,000 PS, four-wheel-drive TS050 HEV, which has set new standards in efficiency and performance at La Sarthe. Using 35% less fuel than the first generation of LMP1 hybrids from 2012, the TS050 HEV holds the fastest-ever lap and race lap records alongside its four consecutive pole positions and three victories.

Having started in pole position, the No. 7 TS050 HEV driven by Mike Conway, Kamui Kobayashi, and José María López held the advantage at the front of the field for much of the race. The crew had built a one-lap lead by the halfway stage before they had to replace a damaged exhaust manifold, which left them six laps behind in fourth place. 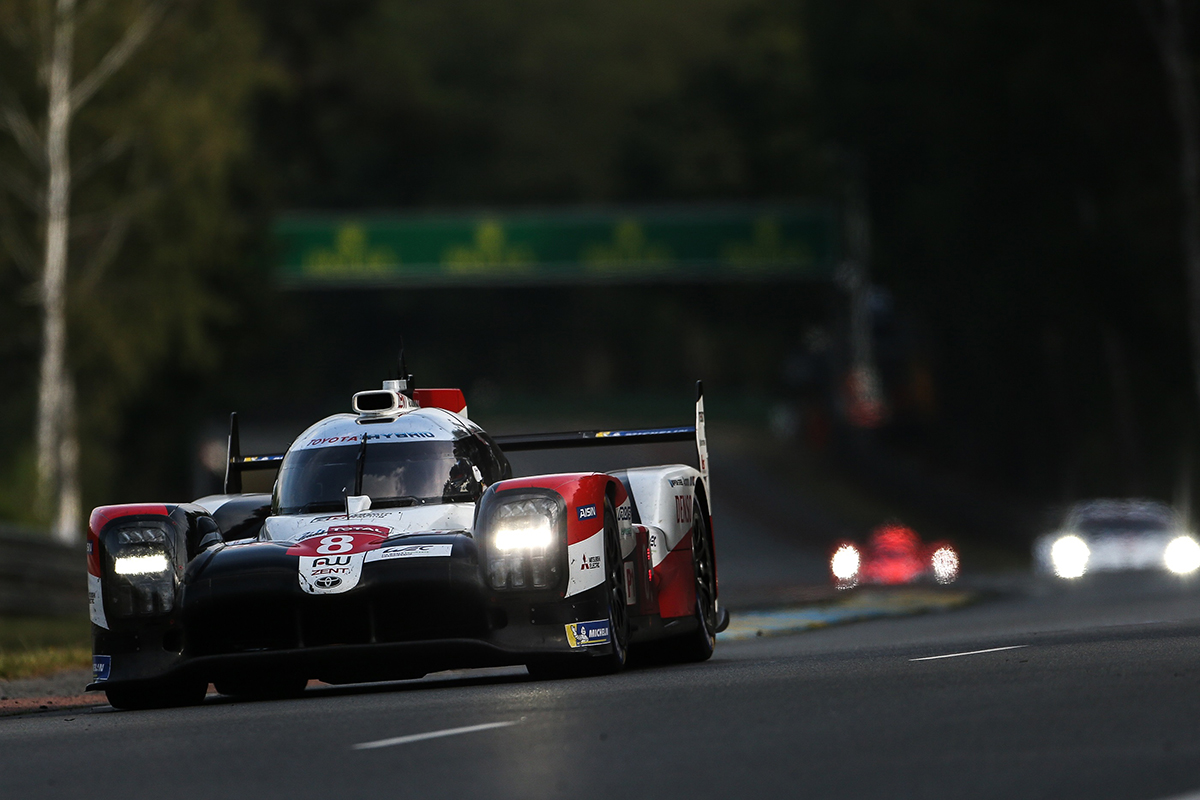 This gave the No. 8 TS050 HEV a clear lead, and Buemi, Nakajima, and Hartley controlled the rest of the race from the front, establishing a five-lap lead. For the third consecutive year, Nakajima crossed the finish line to win the 24 Hours of Le Mans, cementing his status as the most successful Japanese driver at La Sarthe.

The podium battle came alive during a dramatic final hour when the third-placed car crashed and could not exit the pits, allowing the No. 7 TS050 HEV to earn a respectable third, just one lap adrift of the second-placed car.

“It was our third straight victory in Le Mans, and the last time for the TS050 HYBRID to compete in the 24-hour race. We could achieve this thanks to our fans, partners and our staff. I am so proud of the big trophy we earned. Sébastien, Kazuki and Brendon, thank you so much for driving the TS050 for a longer distance than any other car,” commented Akio Toyoda, President, Toyota Motor Corporation. “In my heart, I was in Le Mans and stood on the podium with them. We will keep challenging to make ever-better cars so that our drivers can feel comfortable and confident to drive our cars that respond to their requirements and feelings. There were no spectators in Le Mans, but, just like I did, I believe many fans all over the world watched the live broadcasting and supported us. Thank you very much for all of your support.”

Sébastien Buemi, Driver of the No. 8 TS050 HEV, said: “I feel great. My teammates and the team have done such an amazing job. The race once again showed how quickly the luck can turn here at Le Mans. When we started the race, I had the feeling everything was against us. But then all of a sudden things started to go well and we were leading the race, then soon we were leading by five laps. Le Mans again proved that you never know what will happen until the race is over.” 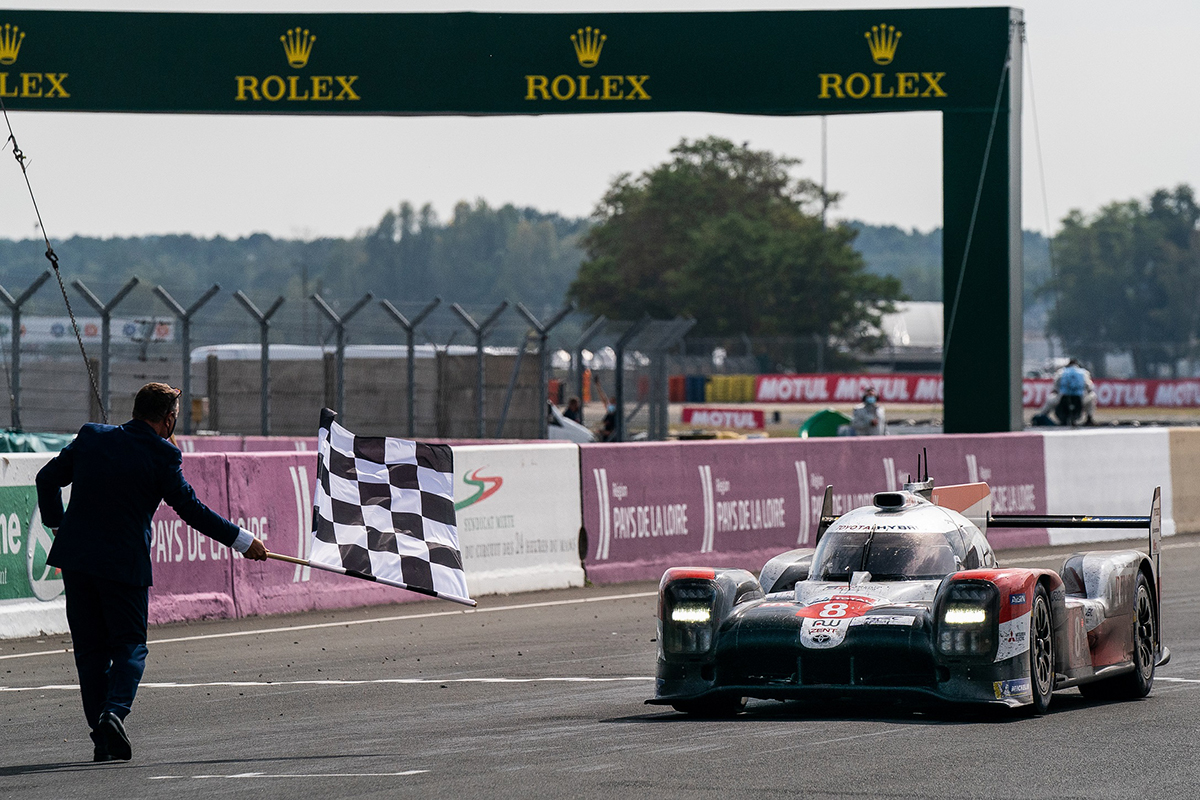 A significant points swing in favor of the No. 8 TS050 HEV crew at Le Mans means the race for the drivers' World Championship title goes down to the last event of the 2019-2020 season, which takes place in Bahrain on 14 November. The No. 8 TS050 HEV now holds a seven-point lead, with a maximum of 39 points up for grabs in the 8 Hours of Bahrain. 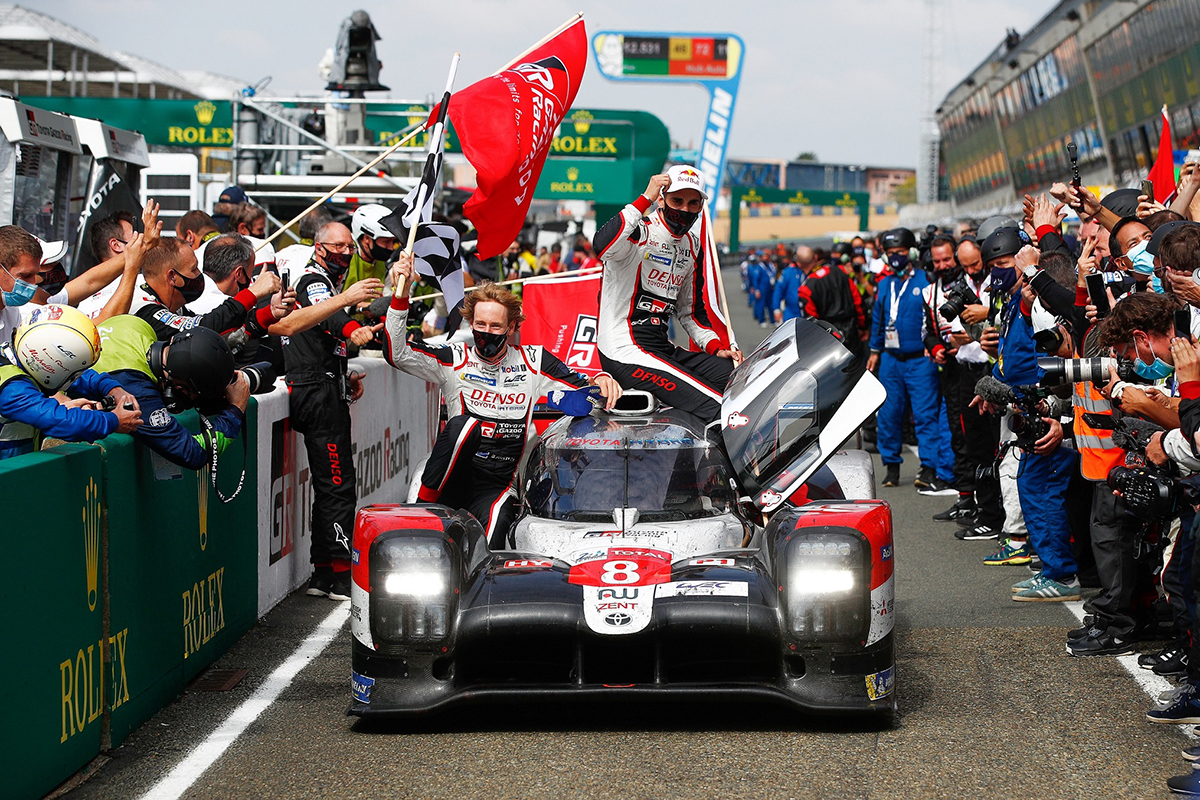