Toyota Continues To Lead The Market With Record H1 2013 Sales 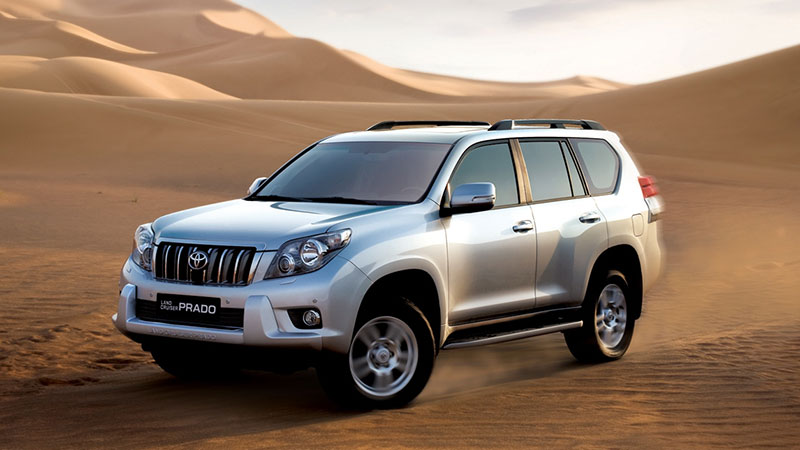 Kuwait, July 24, 2013: – Toyota today announced a steady growth in sales performance in the Gulf Region, selling 310,761 units in the first half of 2013, a 10% growth as compared to the same period in 2012. In the SUV category, Toyota’s sales during the same period grew by 15% year-on-year with 123,737 units* sold, with the Land Cruiser continuing to lead the segment in the Gulf Region with 35,634 unit sales. In the Levant and Yemen, Toyota posted a strong performance as well, achieving a 39% growth in vehicle sales.

According to Nobuyuki Negishi, Chief Representative of Middle East & North Africa Representative Office, Toyota Motor Corporation, “Toyota’s renewed focus and commitment to new and exciting design and product innovations that exceed customer expectations, has consolidated our market leadership within the automobile industry. The steady growth in sales that Toyota has achieved in the first half of 2013 as compared to last year, augurs well for the future growth of our company and serves as a testament of product and brand appreciation from our valuable customers. With our in-depth knowledge and understanding of the ever-changing regional market and customer needs, Toyota will continue to delight customers across the region who have placed their trust in our brand with our superior product value proposition backed by our superb after-sales service.”
The Corolla which is one of Toyota’s best-selling models lived upto its sterling reputation once again selling 44,114 units* to post a 22% growth in sales in the first half of this year in comparison to the same period in 2012. Corolla’s legendary reputation for providing excellent value for money, low operating costs and reliable trouble free motoring have made it the affordable choice of family car across the region for customers. Its legacy of dependability stemming from quality engineering, along with its outstanding city comfort continues to be a big draw for customers.
In the SUV category, the Toyota PRADO and the new look 2013 RAV4 registered solid performances recording sales growth of 22% and 38% respectively. With 35,195 units* sold, the Toyota PRADO with its strong off-roading capabilities, refined exterior design and distinctive individuality which also blends well with an urban environment, continues to be a popular SUV choice for the discerning Middle East customer. On the other hand the 2013 RAV4, a bold reinvention of the world's original crossover SUV, with its sophisticated and strong styling, refined, premium-quality interior design, and a new Dynamic Torque Control 4WD, in addition to providing a more engaging and fun drive, made a great impact on regional customers posting a significant increase in sales as compared to last year with sales of 5,795 units*. Customers have been impressed by the new-generation RAV4, which is a model that signifies Toyota’s ambition and spirit to give them the best compact SUV in the market.
Note: Gulf Region includes Saudi Arabia, UAE, Oman, Qatar, Kuwait and Bahrain. Levant countries include Syria, Lebanon and Jordan.
click here meet and cheat I cheated on my husband
how many guys cheat men and women women who cheat on husbands
amoxicillin orifarm link amoxicillin bivirkninger
cialis femchoice.org cialis cvs coupon