The GAZOO Racing (GR) World Rally Team (WRT) continued its outstanding start to the season with a dominant performance at the recent Rally Sweden. Elfyn Evans took the top spot during his second time behind the wheel of the No. 33 Toyota Yaris WRC. He was joined on the podium by 19-year-old rookie sensation Kalle Rovanperä, who came out ahead in the No. 69 Toyota Yaris WRC to claim third place following a thrilling battle with his world champion team-mate Sébastien Ogier in the No. 17 Toyota Yaris WRC.

Together, the all-new driver line-up built on their successful GR debut at last month’s Rallye Monte-Carlo to take Toyota into pole position in the manufacturers' championship, while Evans now jointly leads the drivers’ championship for the first time in his career. Evans led the event from start to finish to record his second FIA WRC victory, having previously won on home soil at Wales Rally GB in 2017. It was the first-ever WRC win for co-driver Scott Martin, and together they are the first British competitors to ever win Rally Sweden, which was a founding round of the WRC in 1973. 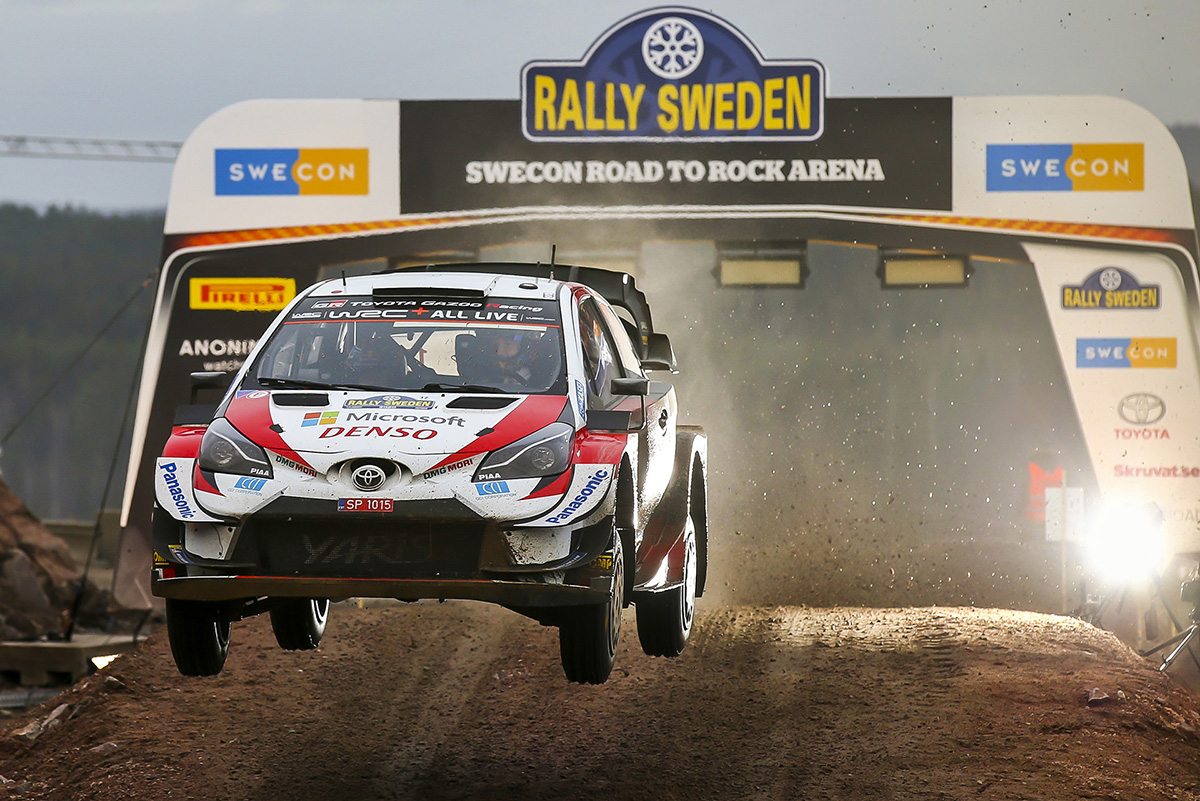 Having won five of the previous eight stages, Evans had built up a cushion of 17.2 seconds going into the final day in the No. 33 Toyota Yaris WRC. This allowed him to take a relatively cautious approach through the tricky deciding test and still secure the win by 12.7 seconds. Already impressive on his debut at rallying's top level during Rallye Monte-Carlo, Rovanperä reached another level at Rally Sweden, climbing as high as second overall at one point on the second day in the No. 69 Toyota Yaris WRC. He and Ogier traded third place several times during day three, but it was Ogier who went into the fourth and final day with an advantage of half a second in the No. 17 Toyota Yaris WRC.

In the tricky conditions of the 21.19-kilometer Likenäs stage, Rovanperä was 3.7 seconds faster than anybody else, taking his first-ever WRC stage win and the maximum five bonus points on offer in the Power Stage. This makes him the youngest ever podium finisher during a WRC round, more than two years younger than the previous record holder. Ogier still managed to achieve the third-fastest time during the stage to claim fourth position overall, collecting a strong points haul towards the driver’s championship, where he is currently in third place – five points behind Evans.

“Evans and Martin brought the first victory of the season to our new-look team. Elfyn and Scott, congratulations! I am really happy that such a new team member is already achieving great results together with the team,” said Akio Toyoda, Team Chairman. “Kalle and Jonne climbed on the third step of the podium after a big fight, with only a three-second gap, against Seb and Julien. I also appreciate these four guys for scoring great points and making the fans excited. My team-mates of GR, let's keep winning! I feel our drivers are enjoying to drive the Yaris WRC more and more round-by-round. I believe they will show us more exciting drives in the next round and beyond. Thank you in advance to our fans for supporting us this season.” 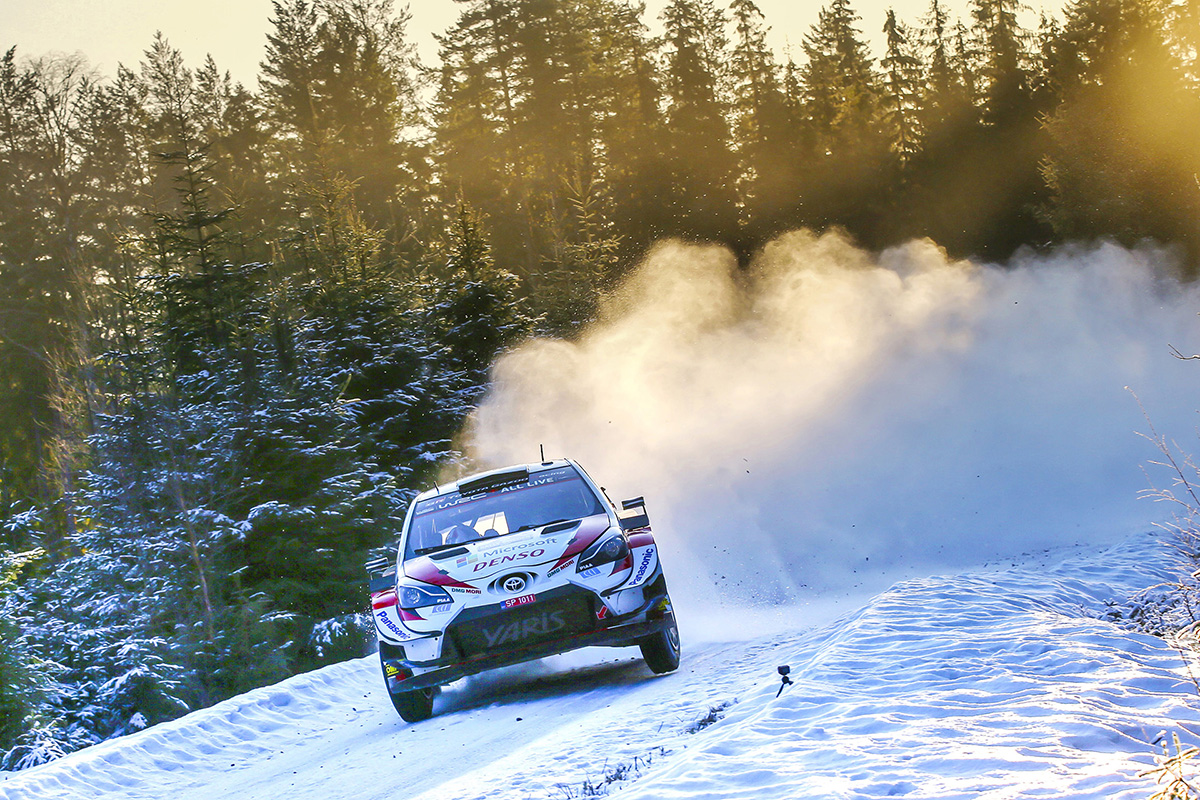 Tommi Mäkinen, Team Principal at GAZOO Racing, commented: “It is an absolutely brilliant finish for us here. Elfyn has been so good this weekend, and he and Scott have made history today as the first British winners in Sweden. And it's incredible what Kalle did in the final stage. It was his first time on that stage in these vehicles. Everybody else has been doing it many times before and he was just flying away from the rest. I think we have a 'dream team' at the moment. There is such a good feeling and the team spirit is the highest it's ever been. I can only smile and be proud of them.”

Elfyn Evans, Driver of the No. 33 Toyota Yaris WRC, said: "I feel really good to have my first win with GR in our second event together. I have to give a lot of credit to the team for not only giving me a great vehicle, but also giving me the support and help in testing for me to get the vehicle to where I wanted it. The vehicle is giving me great confidence, and in changeable conditions like we've had here, that's really worth a lot. It has been very enjoyable to drive so far and hopefully we can carry this feeling onto gravel in the events to come. A big thanks to Martin too, he's been very good since he's been alongside me and I'm very happy to finally be with him for his first win."

The season continues next month with Rally Mexico from 12 – 15 March, which features rough gravel roads and temperatures in the region of 30°C. High altitude is also a major factor, with a route that peaks at 2,737 meters above sea level, starving engines of air and cutting power by as much as 20 percent. 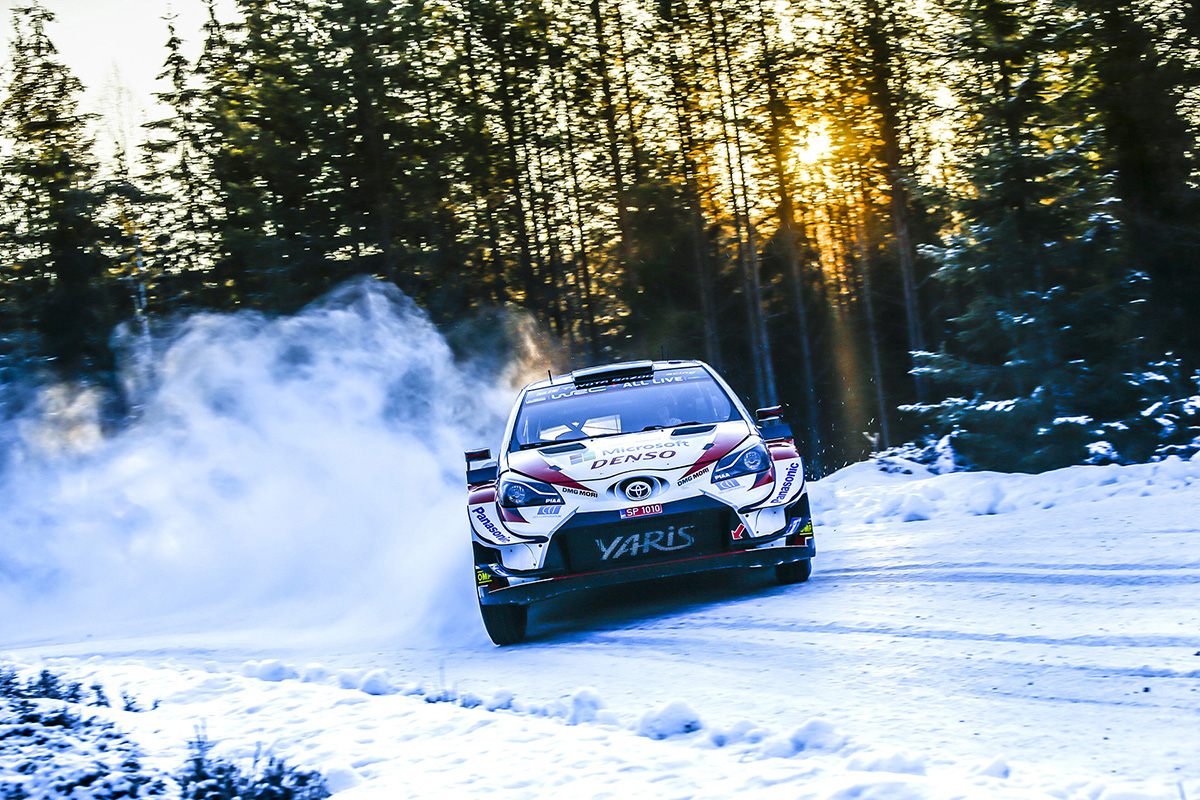